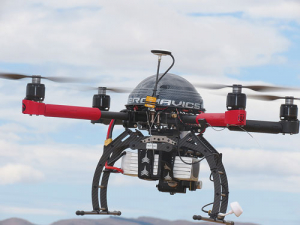 Thousands of drone and e-bike owners are being warned to check their insurance policies.

Thousands of Kiwi drone and e-bike owners are being warned to check their insurance policies.

It appears insurers have not kept pace with these new technologies, meaning consumers who are concerned about the level or type of cover are being advised to consult a broker.

The brokerage NZ Brokers says its analysis of offered home contents policies found a lot of complexity and variation in policy wording; this can leave many e-bike and drone owners unexpectedly without cover for loss, damage or third-party liability.

Drones and e-bikes may be thought of as resembling model aircraft or pushbikes, but insurance companies see them differently. A company may insure your $5000 pushbike but not an e-bike bought at that price because of terms in the policy or the legal status of the machine.

Likewise, a drone may be treated by insurers as a type of aircraft if it can lift more than its own weight; such a criterion is hard for most consumers to measure. This means your drone may be covered for loss if you drop it while getting it out of the car, but if it falls from the sky while in use you are on your own.

From the insurer’s perspective, it appears drones and e-bikes are an unknown risk and until they have an accurate picture of that risk insurers tend to act conservatively.

As insurers start to see a claims trend it is likely that more exclusions and conditions will be applied to e-bikes and drones.

There is a 1960s and 70s precedent for this type of problem; insurers then began to exclude sporting goods ‘while in use’ after they found themselves paying out for bent golf clubs and damaged windsurfers. Likewise with laptops: insurers realised they were replacing damaged items with better equipment because you could no longer buy the same product with old software.

Some home contents policies will cover an e-bike smaller than 300W. Any machine more powerful than 300W is a ‘motorcycle’ under by NZTA regulations, so confusion arises because some motor manufacturers print on the motor the maximum ‘input power’ because that number is larger (typically motors run at about 80% efficiency), so giving the impression the buyer is getting a more powerful motor.

Some insurance policies will not cover e-bikes and drones, while others will set maximum standard limits but will include third-party damage.

The risk of a crash on an e-bike with a speed of 40km/h is at least as high as on any other vehicle travelling at that speed. But most home contents policies we looked at don’t cover owners for third-party damage to other vehicles.

If a drone causes an accident while it is in use near a road, the owner will mostly be left to foot the bill. While there are no e-bike specific policies on the market now, some insurers are starting to offer better cover for drones, given their increasing use in commercial applications.