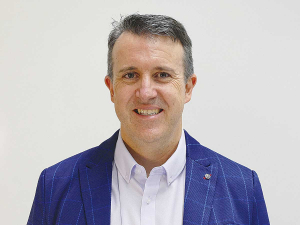 Nathan Penny (pictured) expects venison and beef prices to be on a less stable footing over the remainder of 2020 and into 2021.

Countries like China, Taiwan and Japan, which acted early and implemented successful lockdowns, now find their economies on a firmer footing.

This is reflecting on receipts for NZ meat exports to these countries, says Westpac senior agri economist Nathan Penny.

A resurging Chinese economy bodes well for lamb and mutton demand as the country accounts for a large share of New Zealand’s exports.

In contrast, those countries that had less stringent lockdowns, like the US and to a lesser degree Europe and the UK, are facing continuing outbreaks and/or lingering weakness in economic conditions.

So, the news is less rosy for beef and venison exporters.

For beef, the US accounts for over a third (37.3% or only marginally less than China’s 40.5%) of New Zealand’s exports, with a high proportion of manufacturing beef going to the US.

Meanwhile, the EU and the US account for over 70% of New Zealand’s venison exports.

“As a result, we expect venison and beef prices to be on relatively less stable footing over the remainder of 2020 and into 2021,” says Penny.

He points out that the economies in China and the rest of Asia have taken relatively smaller economic hits post-Covid.

“In fact, we expect that the Chinese economy will continue to grow over 2020, unlike most of the rest of the world.

“The Chinese consumer is beginning to benefit from better job security, if not outright income growth, compared to early 2020 when the Covid outbreak was at its peak.”

After a crazy ride over the first half of the year, lamb prices have stabilised and then lifted over recent months. Nathan Penny, Westpac, says prices are up around 10% since the low back in May, helped higher by improving Chinese demand as well as slowing slaughter and an easing in processing constraints.

However, prices remain well down (13%) from the record levels a year ago.

“Looking ahead, we expect a fairly subdued spring,” he says.

“Normally, lamb prices lift about $1.50/kg from the autumn low to the spring peak. However, with spring peak prices driven by demand from Europe, the UK and the US where demand is currently weak, we expect only about half the normal price lift this spring.

“That equates to a spring price peak in the ballpark of $7.25/kg. All things considered though, that would still represent healthy returns on a historical basis.”

On the beef price outlook, however, Penny remains cautious.

“All up, we expect farmgate beef prices to sit at or below long-run average levels over the remainder of 2020.”