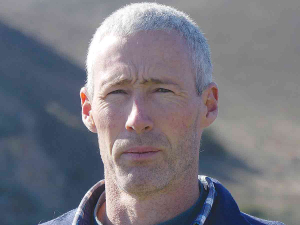 The Falls Dam irrigation project in the Manuherikia catchment, near Alexandra, has been put on hold because of uncertainty over water allocations.

But the $60-70 million project will go ahead when the issues are resolved, says Manuherikia River Ltd (MRL) acting chair Gary Kelliher.

The project is aimed at raising or replacing the 1930s Falls Dam on the Manuherikia headwaters, near St Bathans, to about double its capacity, and amalgamating and upgrading several small irrigation schemes based on the river to improve storage and security of supply.

Most of those schemes rely on historic mining water rights due to expire in 2021 and needing replacement with Resource Management Act consents. But there is uncertainty over that process and proposed minimum flow limits which irrigators believe would be too restrictive.

Kelliher says too many unknowns are in the way of moving to the next phase without clear direction from the Otago Regional Council.

He says they have asked repeatedly for a detailed timeline, but no one at ORC seemed capable of providing it. “They’ve shown they aren’t listening to us,” he said.

Kelliher is a longtime backer of the project through his involvement with the Manuherikia Catchment Water Strategy Group. He has chaired MRL since October when chairman Allan Kane and two other directors stepped aside. They have all offered to return when the issues are resolved, but are receiving no director fees in the meantime.

Waitaki National MP Jacqui Dean says she is extremely disappointed with the delay, which would impact economic development across Central Otago.

“The previous National Government supported the Falls Dam project with a development grant of $815,000 for pre-feasibility investigations, but I feel that taxpayer money has now effectively been wasted while this project is hamstrung by ill-considered Government policy.

Deans said the project would have been a game-changer for Central Otago, irrigating 12,000ha in the Manuherikia Valley and servicing 600 farms, horticulture, viticulture and lifestyle blocks.

It is frustrating the Government has been short-sighted about the potential of irrigation projects like this, she said.