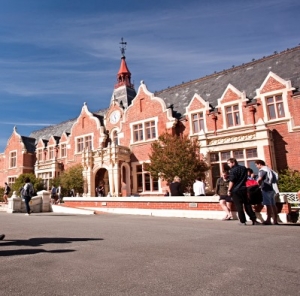 “Rabobank is proud to provide bursaries to cadets graduating from the station to do further studies and build their agricultural careers,” says Rabobank East Coast regional manager George Murdoch.

The cadets who got the bursaries are Philip Cutbush, Watarawi Ngata, Dean Wardle, Ben Galloway and Jack Virtue.

“Smedley Station is grateful for the support given by Rabobank and its generosity in funding further education for Smedley cadets,” Hutton says. “Cadets get real farming experience and every decision affects the welfare of the station. Cadet training is funded directly from Smedley revenue.”

Smedley is one of 30 farms administered by Public Trust. The farms range from 48ha. Five are in the South Island, the rest in the North Island, mostly in Waikato/Bay of Plenty, Taranaki and Hawke’s Bay.