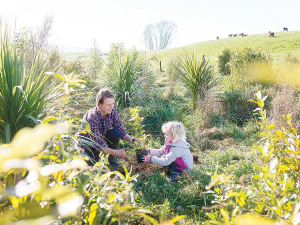 FEPs are a tool that have been developed to help farmers recognise on-farm environmental risks and set out a programme to manage those risks. Photo Credit: Paul Sutherland Photography.

Sharing knowledge and looking at ways to upskill people to prepare farm environment plans (FEPs) was the focus of a real and virtual workshop organised by Massey University recently.

More than 400 people participated in the day organised by Massey University’s Farmed Landscapes Research Centre (FLRC). Normally the FLRC workshop runs over three days, but because of Covid, the organisers decided to go with a one day event with a single theme – FEP’s.

About 50 participants came to the workshop at Massey’s Palmerston North campus, while more than 350, including several speakers, joined in via Zoom.

FEPs are a tool that has been developed to help farmers recognise on-farm environmental risks and set out a programme to manage those risks. The FEP is unique to an individual farm and the level of complexity of the plan largely depends on the farm system.

With the Government’s strong focus on improving water quality and also on reducing greenhouse gas emissions, Professor Chris Anderson, who heads up the research centre, says FEPs are a huge issue now.

He says they are becoming a major tool for dealing with environmental issues.

Speakers on the webinar and workshop, which included representatives from regional councils, science organisations and industry good organisations, covered a range of topics. These included the research being done on Green House Gas Emissions and working with farmers to develop FEPs.

“It was great having more than 400 people wanting to know more about these plans. We got to a larger audience than we usually do and picked up people who don’t normally come to these workshops,” Anderson told Rural News. “For example, we had professionals in the legal space and banks that don’t normally engage with us. We are confident that what we are doing is working well and the scope is to do it more often.”

He says as the demand for more FEPs grows, Massey University, through this research group, has a big role to play in thought leadership and promoting discussion to solve some of the challenges.

“As a research organisation, we don’t want to take sides,” Anderson explained. “We are not involved in accreditation or auditing of the plans, but we are involved in discussion, training and good science that will underpin the plans.”

Anderson agrees that with social media, much so-called pseudo or inaccurate science is circulating and he says it’s important to promote discussions and get positive stories into the media to engage people.

Ag takes off as a uni option

People are starting to realise the true strength of agriculture in the New Zealand economy.

The Head of Massey’s School of Agriculture & Environment, Professor Paul Kenyon, says the direction the Government is heading on sustainability heralds the way that NZ will farm in the future.

Zooming in on FEPs