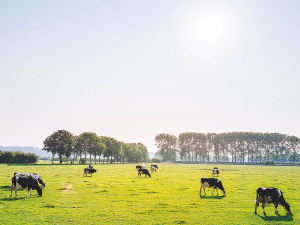 A Hastings man has been fined $7,800 and banned from owning livestock for five years after a recent prosecution by MPI.

Rufus Mohi Watene, 54, was sentenced in the Hastings District Court last week following a prosecution by the Ministry for Primary Industries (MPI) under the Animal Welfare Act.

"All animal owners have a responsibility to their animals, regardless of the number in their care. Most people in charge of animals do the right thing by them. This situation was particularly disappointing because it was entirely preventable if Mr Watene took the right steps,” she says.

The pasture was poor, and the straw being fed was of low quality and not sufficient to meet daily nutritional needs for these animals.

A search warrant was obtained, and animal welfare inspectors and a veterinarian went onto the property and discovered two dead cattle along with a calf and another cow that both had to be euthanised.

"The veterinarian concluded that the cause of death was likely starvation. Although he was not an experienced farmer, our investigation found that Mr Watene knew these animals were in poor condition for at least a month. Instead of seeking help Mr Watene left them to suffer and he quite simply failed these animals," says Tuckwell.

The surviving animals were provided proper care and have since been sold.

The court also ordered Watene to pay veterinary costs of $2,046.77.