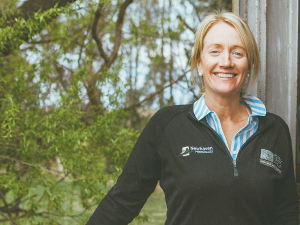 North Otago farmer Jane Smith believes that the farm sector levy groups have been suckered in by the Government.

"Farmers are fighting for their future right to produce food and the Government is fighting for headlines and hyperbole - and they have been cunning enough to allow us to design our own fate."

Smith told Rural News that the farm sector levy groups have been suckered in by the Government and warns that the country's farmers must fight for their livelihoods over the next 12-18 months. She also questions whether DairyNZ and Beef+Lamb NZ have advocated or abdicated the farm sector's responsibility.

"We have paid the price for a government that refuses to confess the conundrum of decreased fossil fuel use is too difficult in our geographically isolated country with a proportionally low intensity population, high dependency on freight and poor public transport uptake."

She believes even before HWEN was developed, farming leaders should have recognised that the Government was going to ask NZ farmers to do more than their "fair share" and leave biogenic methane to do the heavy lifting in order to meet NZ targets.

"They should have considered how NZ agriculture could contribute to global emission reductions in the most efficient manner, without risking food production," Smith adds. "They should have never been allowed to develop into a broadbrush attack on livestock farming in the form of a tax."

Smith concedes she'll get pushback from calling it a tax but stands by her words.

She believes, at most, it should have been a modest levy - within the existing levy structure - to promote research, development and extension and help uptake new technologies in order to make NZ farmers even more efficient than they already are.

"Our industry has lost its way and built a behemoth of a programme - resembling the Titanic, instead of an innovative, fit-for-purpose speed boat, which would keep NZ at the leading edge of land-based food production."

Smith believes that if HWEN is accepted in its current form - including its complexity, unclear pricing principals and focus on emissions intensity - then the NZ public must be prepared to endorse a dairy sector/pine plantation land-use duopoly in order to meet emissions targets. She says this will relegate beef, sheep, deer and pig farming surplus to requirements. "Be careful what you wish for New Zealand!"

Jane Smith suggests with 13 HWEN partners around the table and a steering group it was never going to be an easy task.

"Their inability to keep an open mind, to accept unscripted farmer feedback and outside expertise, defies logic and should make all farmers question how their levy organisations gain a mandate for taking positions on issues," she told Rural News.

Smith believes a major factor in HWEN's unclear design is the disingenuous distinction between science and politics and the demarcation between the two remains unclear.

"What started out with a commendable, fact-based conversation about why they split as concept made rational, scientific sense has now developed into a rhetoric of 'don't you dare question the politics behind this or you will lose the only asset you have gained - split cases and the ability to design our own emissions pricing plan'."

Smith and others believe that beef, deer and sheep farmers should be genuinely concerned about the speed and directon that HWEN is travelling in.

"The dairy industry has been happy to be conveniently put into one big melting pot with the other sectors when it comes to accounting for total emissions over the past two decades," she says.

"It has then rolled out an emissions intensity assessment that makes beef, deer and sheep look like climate change criminals from an emissions per kg of product poin of view."

Smith has been vocal in calling this out and has suggested that a reward for production per animal (high production hence lower emissions per unit of meat or milk) is the opposite of what water and biodiversity regulations are targeting.

She believes this will result in an accelerated loss of hill and high country to large scale forestry plantations and a mass exodus of people and production from the sheep, beef and deer sectors.

Smith says seh does not want HWEN to fail, but questions whether it will achieve its original intent, "Which was actually reasonably simple, with clarity and purpose".