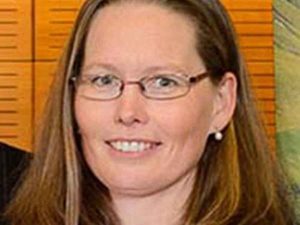 Farmers are welcoming the appointment of Tararua farmer Mel Poulton to the position of Special Agricultural Trade Envoy for New Zealand.

“She has a very good appreciation of the importance of trade to New Zealand and to the primary sector.

"Mel can also handle a dog around a hillside better than any man I’ve ever watched, which should be an indication of the patience and skill she will bring to wrangling with international free trade agreements and getting good deals for New Zealand."

Milne says Feds wishes her well and looks forward to working closely with her in this role.

Poulton is a pastoral farmer based in the Tararua District, producing and exporting food and fibre to markets around the world.  She is highly active in environmental stewardship and is a member of the Global Farmers Network.

“In the immediate term, her priorities will be engaging with farmer groups and other agriculture sector stakeholders to build support for our free trade agreement negotiations with Europe and, in due course, with the United Kingdom.

“More broadly, Mel will be tasked with advocating for New Zealand’s agriculture trade interests from the perspective of a practicing farmer and identifying opportunities for New Zealand to commercialise its agricultural expertise offshore”, he says.

She will formally take up her role on 1 January 2020. Poulton replaces Mike Petersen, who has held the role since 2013.  The Government has expressed its appreciation to Petersen for his commitment to the role over the past six years.