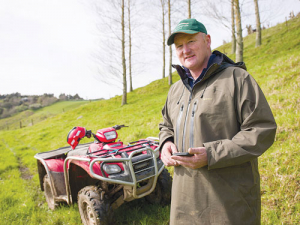 It is getting harder to find good people willing and able to step into governance roles in rural co-operatives, says Farmlands Co-operative chairman Lachie Johnstone.

He says 40 years ago the many different co-ops and rural businesses made for a much bigger training ground. But consolidation over time via takeovers and mergers have resulted in fewer but larger and more complex co-ops.

“The feedback from the participants has been very positive,” he told Rural News.

Farmlands also took on two board observers who were mentored by experienced directors. The observers attend board meetings and activities and have full speaking but not voting rights.

Johnstone’s comments come as Farmlands calls for shareholders to seek election to its board. Nominations close on September 13.

This year’s election will be for three directors -- two from the South Island and one from the North. Of the three nearing the end of their three-year terms, two are standing down while Clutha District farmer (and Silver Ferns Farms chairman) Rob Hewett will seek re-election.

“We’re keen to get good people around the table. The organisation is significant; it’s important for the sector. It needs to be well-governed and we’re trying to encourage people to put their hands up,” said Johnstone.

“There are lots of quality people out there. We’re keen to make sure people are aware of the opportunity and put their hands up if they think it’s the right thing for them.”

Farmlands is among New Zealand’s top 20 businesses by turnover, with revenues over $2 billion, and is owned by 68,000 shareholders NZ-wide.

Johnstone said Farmlands last year achieved a $14 million swing in its fortunes, posting a $5.4m profit versus a $9 million loss the year before.

“We haven’t finalised our results for this year although we have had balance date. We’re pretty confident we will build on the result from last year.”