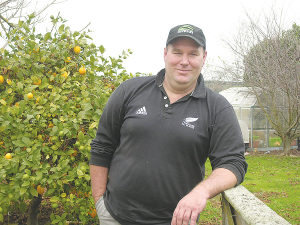 Fed Farmers national president Andrew Hoggard says farmers are deeply frustrated to see the EU has approved the methane-reduction feed tool Bovaer for use by its farmers ahead of NZ.

Federated Farmers president Andrew Hoggard says farmers are deeply frustrated to see the European Union has approved the methane-reduction feed tool Bovaer for use by its farmers ahead of New Zealand.

"Despite consulting on the issue two years ago, there is still no sign of our government stepping up and getting on with approving this technology for us to use as well, and therefore help to keep our 'world leading' title," says Hoggard.

Recently the European Union approved Bovaer for marketing to the bloc's farmers after the product went through a stringent scientific assessment by the European Food Safety Authority.

The product has already been approved for use in Brazil and Chile. A commercial launch in Australia is also expected this year.

In New Zealand, Fonterra is trialling Bovaer under a joint partnership with DSM. Fonterra wants to know whether it would also work in New Zealand's pasture-based farming systems.

"We won't be saying that for much longer if the government doesn't start throwing its support behind tools to reduce emissions.

"The 2020 declaration of a climate emergency should have been accompanied with regulations for farmers to use tools such as Bovaer.

"While Bovaer is still not quite there for being in a formulation that will provide the gains that will be seen in a barn feeding situation, we need the legislation ready so that the only thing we are waiting on is getting the product formulation right.

"The rest of the world is embracing technology and we're busy discussing targets and a tax system to reduce New Zealand's ag emissions without the tools to back them, likely forcing farmers to cut production and profitability."

Hoggard says people are looking to handle the climate change crisis by offsetting emissions overseas or through drastic land-use change via carbon farming.

The problem could be solved by simply cutting the red tape and giving farmers the opportunity to safely invest in science-backed tools that are ready, he points out.

"Consumers want to buy products with low emissions, they don't care how you get there. Overseas competitors having Bovaer approved could give them a significant leg-up on products from New Zealand, despite the effort farmers go to create high quality products at a lower emissions rate," he adds.

DSM says the dairy industry has an important role to play as enteric methane from dairy cows is responsible for up to 60% of the global greenhouse gas emissions from milk production.

It claims Bovaer consistently reduces these methane emissions by around 30%.

"And ultimately it enables the consumer to purchase sustainable dairy."