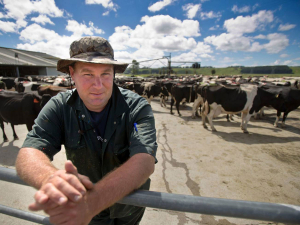 Federated Farmers president Andrew Hoggard says the government's announcement that Three Waters will be mandatory is a huge call.

"Federated Farmers, a majority of local authorities and many New Zealanders have voiced serious misgivings over the government's plans for council three waters assets to be transferred to four new mega entities," says Hoggard.

“We remain opposed to this plan.”

Mahuta claims this will ensure every New Zealander has access to affordable, long-lasting drinking, waste and storm water infrastructure without ballooning costs to households and families.

“The case for change is too compelling to ignore,” she says.

“It is clear that without the establishment of these publicly-owned entities we will continue to see a frail network and contaminated water in many communities. To delay will only push the problem on, increase future household costs and put livelihoods at risk,” says Mahuta.

But Hoggard says a working group of local government, iwi and water industry experts being set up to work through design of how the new entities will operate will have its work cut out to allay a multitude of concerns.

He wants rural residents concerned about the future of their water, sewerage and stormwater infrastructure should gear up to have their say.

"Top of the list for Federated Farmers are issues around governance and accountability. The complexity of rural water scheme ownership and operations has got rural people worried.

"How will the new entities ensure the needs of smaller and rural communities are not crowded out when setting investment priorities and plans?

"The proposed arms-length governance arrangements with directors appointed by panel, which are in turn appointed by yet another panel, weaken the accountability of water service entities to communities," Hoggard said.

ACT Party has vowed to reverse the reforms should it be part of the next Government.

ACT's Local Government spokesperson Simon Court says Mahuta fails to understand that the plan is being opposed by many stakeholders.

“If Labour steals it, ACT will give it back.

“It doesn't occur to Nanaia Mahuta that if people don't like her plan, maybe they're trying to tell her something, like it's a stupid plan that doesn't stack up and won't work.

“Because Mahuta is totally unable to take on board feedback, or understand how implausible her plan's benefits are, she is now forcibly taking council assets.”