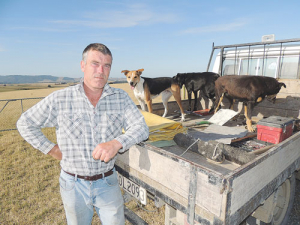 Federated Farmers says it is disappointed an exemption won’t be made for farmers who need semi-automatic rifles for pest control.

It says it will continue to work with the Government on firearms reform as the Arms Amendment Bill becomes law.

"Because of the urgency and immense public pressure surrounding the issue, it was a difficult task for the Government to give fair consideration to all aspects of when and why firearms are needed in rural New Zealand," rural security spokesperson Miles Anderson says.

He says Federated Farmers are pleased that farmers and those who undertake pest control on farms are still going to have access to semiautomatic rimfire rifles, such as the .22 long rifle, and semiautomatic shotguns with limited magazine capacity. These firearms are used to control small, mobile pest species often found in groups, such as rabbits, hares, possums, and Canada geese, where quick follow-up shots are important for the efficient and humane control of these pests.

"Our member survey showed that half of the 3,400 respondents own a semi-automatic shotgun or rimfire rifle, clearly showing what an important pest control tool these are on farm."

"When it comes to dealing with the common agricultural pests of rabbits, hares and possums, .22 rifles and shotguns are what most farmers rely on," says Anderson.

However, Federated Farmers is disappointed that the Government will not consider an exemption to those farmers who can display a genuine need for centrefire semi-automatic rifles for pest control.

Across the five million hectares of privately farmed high and hill country in New Zealand, some properties have to deal with huge populations of large animal pests such as feral goats, feral pigs, wallabies, deer and tahr. Others are faced with culling large mobs of Canada geese.

Efficiently controlling these pests in large numbers requires the use of semi-automatic firearms with large magazine capacity. Although not allowing the use of these specialised firearms by a select number of farmers, we were pleased that the bill was amended to allow their use on private property by professional pest control contractors. It was also amended to allow the control of Canada geese with these firearms, which are not classified as a pest under any current legislation.

Federated Farmers is concerned that even these amendments will disadvantage landowners who are faced with these pests in high numbers.

"Instead of doing the pest control themselves as part of their farming business, as many have done for decades, farmers will instead have to rely on contractors and all of the risks and costs that come with outsourcing an important task of this type," Anderson says.

"Federated Farmers will continue to advocate that rural landowners who can display a genuine need to use these firearms as part of their business should be eligible to apply for an exemption, just like any other professional firearms user in the bill."

Feds will now look to work with the Government on the implementation of the amended act, including the buy-back of firearms and parts which have become prohibited.

"The surrender and destruction of firearms that don’t meet the new controls will be disappointing to many farmers, and other firearms users. But this is a vital step to ensure that we’re never witness to this kind of tragedy in New Zealand again."

Border exceptions the first step in the process - Feds

Federated Farmers says they are pleased to see the Government’s approval of border class exceptions for a number of international agricultural workers for early 2022.