Fonterra keen for a slice of A2 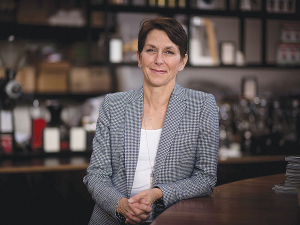 The a2 Milk Company and Fonterra are working closely through “the next wave of commercial opportunities together”.

That's the message from a2 managing director and chief executive Jayne Hrdlicka.

“We remain focused on ensuring our partnership will generate significant additional value for both businesses,” she says.

They have significant future growth plans, of which an important first step is building the milk pool growth in Australia and New Zealand, she said at the release of a2’s half years results to December 31, 2018. The company announced last Wednesday a 55.1% jump in half-year after-tax profits of $157.7 million and revenue up 41% to $613.1m.

Fonterra said it will be signing up farms to supply milk for the a2 Milk in the 2019-20 season. Its first A2 milk pool will be in Waikato around its Hautapu site and will support the production of ingredients. About 100 farms will be needed for next season.

“It clearly shows the strength of our strategic relationship, and our shared commitment to fast-track market growth and enable farmers to create additional value from their milk.”

The location of the milk pool was determined by the need for a site to manufacture the specific product in demand, produce relatively small batches and adapt easily to product demand changes, Cronin said.

“While other regions were considered, ultimately the decision must be demand-led. The ability to efficiently manufacture a range of products to meet that demand was the over-riding factor in choosing a site. As demand and product lines grow, we’ll look to expand the milk pool to enable more farmers to participate.”

Most of the value from the relationship with The a2 Milk Company will be returned to all co-op farmers through the dividend. Participating farms will also receive a premium for their milk.

Hrdlicka says the company is passionate about the dairy industry in New Zealand and Australia being healthy long-term.

Meanwhile, on a2 half-year results, Hrdlicka says it was a strong result underpinned by growing market share in all key markets and a record market position in each of the regions. In infant formula the company’s consumption share in China was 5.7% for year one in eight key cities for the 12 months ending December 31, 2018. It is up from 5.1% in June.

China revenue growth was 83% and brand leadership in Australia is at 35.7% of total market sales.

“We have released for the first time a broader measure of our China infant formula market share which includes b, c and d lower-tier cities. We recorded a 5.4% share on this basis over 12 months – up from 4.7% as at June 2018. It is a positive signal with respect to growth in lower-tier cities.

“Australian fresh milk, which is our most established product range, saw double-digit sales growth of roughly 12% and a record market share position of roughly 11%.”

In the last six months, they have spent much time in deepening their understanding of consumers in China, and are “step changing” their investment in China to build more brand awareness.

“We know our brand awareness in China still has a lot of scope for growth and that our consumers, once they have trialled our products, typically are among the most loyal and committed in the category. This signals opportunity for further growth.”

Marketing spending in the second half of 2019 will be double the first half, most going to brand building in China.

They expect revenue growth in the second half to continue broadly in line with the first.

The a2 Company says it’s pleased with the new ecommerce rules in China, says Hrdlicka.

“We think they bring important protection to consumers,” she says.

“They are consistent with laws that exist in other markets around the world, they improve the sophistication of channels and lift confidence in consumers in the channels; we continue to see daigou and cross-border ecommerce channels sitting well in that framework for the future.”