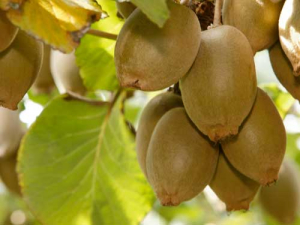 The start of 2017 saw two thirds of New Zealand’s exports to Korea become duty free, up from 46% in 2016.
Trade Minister Todd McClay says more local food businesses looking to expand into Korea will benefit from the latest round of tariff reductions under the New Zealand-Korea Free Trade Agreement, signed December 2015. New Zealand has experienced strong results particularly in the food and beverage sector where exports to Korea have increased by over 16%. Korea is New Zealand’s 6th largest goods export market, worth NZ$1.5 billion in the year ending September 2016. Meat, dairy, fruit and seafood exports have all enjoyed growth of over 20%. The value of New Zealand’s Kiwifruit exports to Korea grew nearly 20% in 2016 with further progress expected as the 30% tariff on Kiwifruit has now reduced to 22.5% per cent (half of what exporters were paying before the FTA). While New Zealand is ranked as Korea’s 10th-largest wine importer, we are emerging as a source of high quality wine among early adopters in the market. The $2.7 million in New Zealand wine sales to Korea in 2015 represented an 18% increase from a year earlier. Following the removal of tariffs at the end of 2015, New Zealand wine exports increased a further 29% in the first half of 2016 compared to a year earlier. Exports of processed deer velvet have also increased by over 80%. From 1 January 2017, the list of products that can be exported duty free will expand to include products such as frozen fish fillets, prepared or preserved frozen potatoes and asparagus.
Tweet