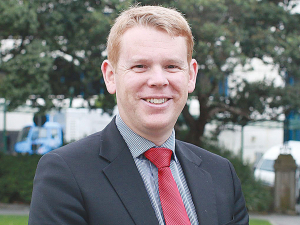 Lincoln University and AgResearch will consider separate building options as an alternative to a much-anticipated joint facility building that never got beyond a fenced site.

However, both say collaboration on the Lincoln campus remains a priority.

The building as currently designed cannot be built without a Crown contribution, Lincoln’s acting vice-chancellor Bruce McKenzie said in a statement.

Hipkins said in December 2018 that while he remained supportive of the joint facility project he would not endorse the business case in its current form.

“In the view of the minister, the implementation business case did not meet Treasury guidelines.”

McKenzie says AgResearch is progressing a feasibility study for a separate building. But both parties are discussing how to work together to realise the benefits of a joint facility.

“In due course the Lincoln University council will receive a series of options to consider, including options to progress a separate build project.

“As has always been a priority, Lincoln University will continue to look at ways to collaborate with partners including AgResearch to achieve the benefits of the Lincoln precinct.”

McKenzie says Lincoln has the capacity to progress its own capital works projects.

“Planning for campus wide capital projects, undertaken in 2018, continues and will be considered by the council at the appropriate time.”

An AgResearch spokesperson told Rural News the parties are working together on new plans to construct a Lincoln education, research and innovation precinct for AgResearch staff after deciding a joint facility would not be built.

“We will continue to talk to interested stakeholders about their future involvement and our strategic plans and staff relocation intentions remain unchanged.”

The 27,000sq.m building was supposed to embody the Lincoln Hub concept to foster collaboration in R&D in farming. It would have housed 700 agricultural science staff from Lincoln University, AgResearch and DairyNZ, and more tenants in future.

But the building site has largely remained fenced off, overgrown and idle since a VIP ground-breaking ceremony in August 2017.