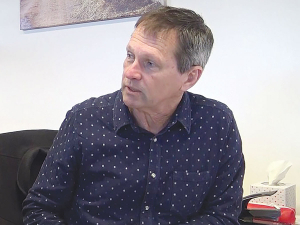 With the Australian dairy season underway on July 1, farmers have chosen their processor for the new season. New and smaller processors paying big prices for raw milk are winning suppliers, Spencer claims.

“Right now most of the action is over in terms of farmers moving companies. In May and June and the first couple of weeks in July it was probably the most intense competition ever seen,” Spencer told Rural News.

Spencer believes the three biggest processors in Australia – Fonterra, Saputo and Bega – would be the worst affected. He says fresh milk processors like Lion Dairy and Lactalis (formerly Parmalat) have probably lost the least, although he points out it’s hard to be precise as most processors don’t reveal their milk supply information.

Australia’s dairy industry has faced challenging times over the last two decades. In 2000 the industry produced nearly 11 billion litres of milk, says Dairy Australia. In the 2017-18 season the industry processed only 9.2b litres.

Spencer believes last season’s milk production will be 8% lower. This season is forecast to be 4-5% down, mostly due to weather and high input costs.

“There are still a lot of farms at risk in Northern Victoria/Riverina with water and grain costs remaining high and a number of farms hanging in for something to change,” he says.

“There has been a good amount of rainfall in the past few weeks but on the ground it has been patchy. Storage levels in the major North Victoria dams have not lifted materially. They remain at about 45% of capacity after going as low as 40%.”

“Overcapacity is certainly a big elephant in the room with the reduced intakes in Northern Victoria and the long haul costs to move milk from other regions. But no major closures have been announced other than the Dennington plant closed by Fonterra, and Bega shutting a small outer Melbourne plant much earlier.

“The two big cheese plants (Saputo and Fonterra) are the most affected in throughput but closure is unlikely in the short-term. Capacity will be reduced or mothballed to save costs.”

“This looks promising as we see higher farmgate prices and where seasonal growing conditions lead to more home grown feed and more plentiful and cheaper purchased feed markets,” he says.

“This spring will set the scene for these feed markets for the year ahead.”

However Pellet, who switched his supply from Fonterra to Bega last year, says many farmers have lost confidence in the Australian milk processing sector.

Pellet was deputy chairman of Bonlac Supply Company, which represents the interests of Australian farmers supplying Fonterra, until he resigned in July last year.

“Many farmers feel no value has been placed on loyalty in the supply relationship and for various reasons are looking at their supply options, often for the first time,” he says.

“Currently, due to the lower milk volumes supply, options for farmers have actually increased as more processors look to secure direct farmer supply as inter-company milk purchases become more difficult and drought in high population states drives the domestic market to focus more on Victorian dairy than ever before.

“Competition for milk is driving prices, but for farmers there is limited transparency.”