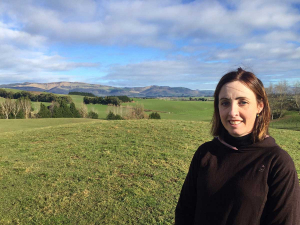 The award, presented last night at the 2020 Primary Industries conference dinner in Wellington, recognises Hunt’s commitment to advocating for farming, particularly given her efforts to highlight the challenges farmers face nationwide measuring up to the government’s new freshwater regulations.

"Bernadette has the rare combination of having a clear vision of what’s right and wrong, being able to articulate a strong message and bring others on the journey. She absolutely leads by example," Federated Farmers chief executive Terry Copeland said.

Science and Research Award, sponsored by Yashili: won by Plant and Food Research, for the Future Orchard Planting System.

Federated Farmers president Andrew Hoggard thanked the sponsors for their support of the awards.