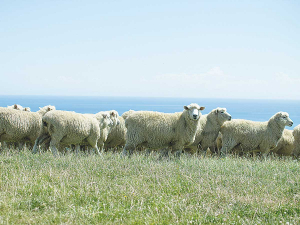 In its latest Rural Wrap newsletter, BNZ senior economist Doug Steel says the current price of $7/kg is sitting close to the 5-year average for this time of year.

“We’d argue this is a very credible performance, given the circumstances,” Steel says. “This expected lower average for the new season – compared to the season just finished – largely reflects a lower starting point rather than necessarily further weakness from here.”

He says while there are many factors to consider, BNZ remains generally cautious about demand. However, Steel believes the supply side of the equation has the potential to offer some price support.

“This is cause for concern, as some new restrictions are imposed.

“While many restaurants are open, the uncertainty alone has been unhelpful for forward orders – including for the lucrative Christmas chilled trade.”

Meanwhile, the bank adds that the ongoing the UK-EU trade negotiations are also adding to insecurity.

“Uncertainty remains as the end of year Brexit deadline looms,” it says. “The base case is that some sort of deal will be cobbled together before the end of this year but, as with all things Brexit, there are no guarantees. The coming weeks will be crucial.”

However, BNZ says more encouraging signs of recovery are coming out of China.

“This provides a better backdrop for lamb demand ahead, with Chinese purchasing power further supported by a gradually appreciating yuan,” Steel explains.

Steel says, overall, the outlook for lamb demand has a fair spread of positives and negatives in the mix.

“That alone is reason enough to be cautious,” he says. “But even if demand softens a bit that does not necessarily mean prices will fall further, with the supply side generally looking price supportive for the season ahead.”

The BNZ is also anticipating that tighter NZ supply will provide some support to prices over the season.

“We await the industry’s first estimate for the new season’s national lamb crop, usually available in November, with interest.”

“Given the serious challenges that the world currently faces, this would be a respectable outcome.”