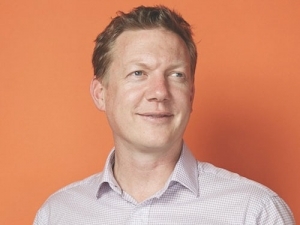 State farmer Landcorp is to revise its land-use programme at Wairakei Estate near Taupo.

The company's aim is to lift both the financial and environmental performance of the farming operation.

Landcorp, New Zealand's largest farming company, aims to significantly reduce dairy's footprint from the original plans and instead include alternative uses for the 14,500 hectares of former forestry land it leases from Wairakei Pastoral Limited (WPL).

The land-use changes reduce the risk of phosphate and sediment loss and bacterial contamination and should result in a significant drop in the levels of nitrogen leachate. It is also expected to improve the profitability of Landcorp's development, located 15km from Taupo.

Steven Carden chief executive of Landcorp says "Landcorp's strategy is to connect the food we produce on our farms with high value consumers around the world under our new Pāmu brand. To do that, we need to exceed their expectations about how that food is produced, whether it is the standard of care for the animals, the people who work on the farm, or the environmental impact of producing that food.

"Landcorp's new direction includes a focus on developing new products such as sheep milk. These new products are not only niche and premium, they also require new farm systems that meet growing consumer expectations of their food. We would like the Wairakei Estate to become the centre of such innovation as Landcorp looks to expand in these new areas."

Wairakei Estate currently comprises 13 dairy farms with 17,000 cows over 6,400 hectares. The new land-use model will see the eventual number of dairy farms and cows on the Wairakei Estate significantly reduced from the 39 originally planned when the Estate is fully developed.

Carden says Landcorp's scientific modelling, done in conjunction with external environmental and farm systems experts, indicated the new land-use programme and smaller dairy footprint will result in a significant reduction in the level of nitrogen leached.

The amount of capital invested in the project is expected to be approximately $25m-35m lower than originally planned, with improved returns across the development.

Landcorp's dairy support operations such as rearing young stock and winter grazing will be self-sufficient and be run largely within the confines of the estate rather than at other farms.

The company plans to invest in covered stand-off areas on the estate to aid the wintering of cows to protect animals and pasture and ensure the option of delivering year round milk for its customers.

"This will also protect against over-grazing in the summer, improve the survivability of pastures, provide shade for cows and ensure we can capture more nutrients at key times of the year and stop it leaching into the waterways," said Carden.

"We're acutely aware that we do not want to create any legacy issues for sensitive water catchments in the communities we operate in, anywhere around the country. The expectations that consumers and the public in general have about how their food is produced is changing quickly, so we need to continually rethink our farming practices to keep up with them.

"This decision makes environmental and economic sense. We're working hard to ensure our farming system is profitable and productive for the right reasons and reflects our commitment to being open and transparent about our operations.

"In arriving at this decision, Landcorp consulted with a wide range of dairy and agri-business experts along with our own Environmental Reference Group (ERG), a select group of external environmental experts that Landcorp consults on its farming activities. We also worked with the landowners, WPL, who share our commitment to creating a large scale farming enterprise every New Zealander can feel proud of."

Ross Green, one of the owners of the estate, welcomed Landcorp's new plans for Wairakei Estate.

"From the outset, WPL has wanted the estate to be a showcase for environmental protection, economic development and future-focused farming. This proposed land use has our support and we look forward to continuing to work with Landcorp to ensure the development is an exceptional exemplar for the agricultural industry.

"As a member of Landcorp's ERG, I've challenged Landcorp on its dairy programme at Wairakei. It is pleasing to see them proactively changing tack on the development to significantly reduce its environmental footprint."

Federated Farmers is also pleased to see Landcorp taking a proactive approach to reducing nutrient pressure in the broader Waikato catchment and reducing the amount of water sourced for its activities.

Federated Farmers President, William Rolleston, says"Improving water management and water quality are key priorities for farmers and all other water users. Landcorp has taken the initiative here and should be applauded for their efforts and aspirations."

Under the new plan, the land leased from Wairakei Estate would be used for dairy (irrigated and dryland), dairy support, sheep milking and other potential uses being investigated.