LIC board pay rise knocked back 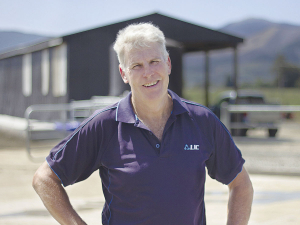 LIC chairman Murray King and other directors aren't getting a pay rise after shareholders narrowly voted down a proposal to lift board fees.

A proposal by the LIC honoraria committee was narrowly defeated at LIC’s annual meeting today: 50.8% of those who voted opposed the increase while 49.25% were in favour.

The shock result means LIC chair and director fees remain the same as 2019, given there was no increase last year due to the impact of Covid. They remain  $123,600 for the chair and $54,000 for each director.

In seeking the pay rise for directors, the honoraria committee told farmer shareholders it is imperative that LIC maintains a high calibre of directors.

“Elected directors bring a strong understanding of the co-operative as well as the New Zealand market.

“Appointed directors bring to the board a balance of skills and experience relating to international markets, mergers and acquisitions, health and safety, technology, finance and risk, and often have exposure to other complex businesses.”

However, the majority of voting shareholders did not agree.

The resolution on director remuneration was the only one voted down at the AGM, held online due to Covid restrictions.

Shareholders approved a pay rise for LIC Shareholder Reference Group members with 68% in favour of the resolution.

They also approved the re-election of appointed director Candace Kinser, with 87% in favour.