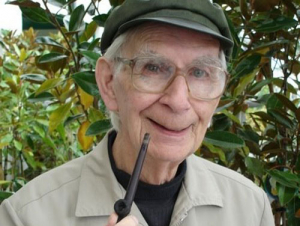 LIC is mourning the passing away of its longest serving staff and one the dairy industry’s most influential scientists.

Pat Shannon passed away on May 3, LIC staff were told today in an email from chief scientist Dr Richard Spelman.

Shannon had recently reached his 90th birthday and his 64th year with LIC; he joined the NZ Dairy Board (LIC’s predecessor) in 1954 where he began work on semen research.

Spelman says the research culminated in the development of long last liquid semen diluent (in 1988) which underpins LIC's genetics business and the tremendous genetic improvement that has been made in the New Zealand dairy herd over the last 30 years, with cows providing three or four times more than their forbears did.

“Pat was also instrumental in the establishment of LIC’s Sire Proving Scheme (1961) and some of the industry’s early animal evaluation models,” he says.

Shannon’s contribution to New Zealand was recognised with the Companion of the Queens Service Order in 1999.  He was also recognised with many other awards including the inaugural winner of the McMeekan Award (1974) and the inaugural recipient of the Fonterra Dairy Excellence Lifetime Achievement Award (2003).

In 2004, LIC celebrated Shannon’s 50 years of contribution to the NZ dairy industry and published the book - Puff the magic Shannon – A tribute to the life and science of Dr Patrick Shannon. At this celebration, the naming of the Shannon Laboratory was announced and the Pat Shannon Scholarship introduced, this is awarded annually to high academically achieving university students.”

“As well as the scientific achievements, Pat was known for his wonderful sense of humour which included many tales of his Uncle Ignateus and Aunty Mary,” says Spelman.

“Pat will be dearly missed but his contribution to the NZ dairy industry and LIC will never cease.”