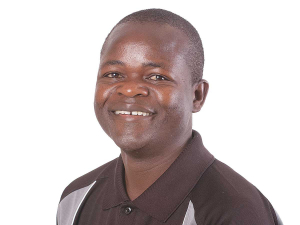 Rain is the magic tonic in the farming community, says Northland based AgFirst consultant Tafi Manjala.

But without it the sentiment going into the Northland Field Days from the farming community will likely to be “cautious”, he says.

“When it is raining and things are going well people are more buoyant and positive about the future,” Manjala told Rural News.

“They feel more confident about things, they can justify to themselves why they can have some discretionary expenditure at the field days

“If we have some good rain it’s going to smooth the buying decisions.

“Whereas with no rain people will be looking for big bargains in small-cost areas rather than capital spending.”

He says the mood going into this summer was buoyant. But unless there is good rain; caution is likely on the back of summer developments.

“A lot of things have happened, we’ve got the issues around coronavirus and we have the extreme dry,” Manjala adds.

“Both factors have a resulted in a dip in our commodity prices particularly in the sheep and beef space and obviously loss of milk production from the dairy point of view.”

Dairy farmers aren’t necessarily drying off. They’re doing the stuff they do every year which is identifying which cows which won’t be in herd next season and getting rid of those.

“It is happening a bit earlier than normal and people are getting rid of more cows than what they normally would. I haven’t heard of blanket drying off.” Autumn cows are, of course, dry as they will be calving soon.

But Manjala says unless there is significant rain any spending at the field days that has been budgeted and has to happen on farm will still go ahead.

“They will be out there bargain hunting to buy the things I am referring to such as compliance expenditure that they need to happen.”

He believes that is equipment like cooling refrigeration systems or something around effluent system for a farm business.

“Those things will still go ahead regardless of the current challenges we are experiencing.”

Manjala believes that when things are going well, farmers will spend on non-essentials, knowing it is not a necessity, but they can afford it anyway.

“I think there is going to be quite a lot of caution in that space.

“There will be less of those and that’s likely to be the people who have got some other income from means other than farming.”

He says unless there is significant rain or some good news factor farmers are likely to be concentrating on the basics.

A leading farm consultant says farmers are becoming frustrated at the confusing advice they’re getting on how to deal with greenhouse gas (GHG) emissions.

Overall the dairy industry is more professional and in a good space, but volatility will continue, says James Allen, retiring AgFirst chairman.