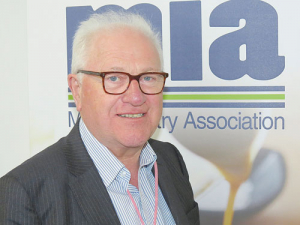 Farmers sending their stock to Alliance Group, Silver Fern Farms, AFFCO New Zealand and ANZCO Foods can nominate either a number of animals or a sum of money from the sale with the proceeds being paid directly to trust.

Funds will be distributed to the “Our People, Our City Fund”, part of The Christchurch Foundation.

Tim Ritchie, MIA chief executive says that the Muslim community plays a vital and significant role in the New Zealand meat processing industry, allowing exports to be certified as Halal.

“A number of our people working in our sector lost friends and family in the attack and this is one way we can show our support. On behalf of the wider meat industry, I would also like to express condolences to all those who were impacted by the events in Christchurch.

“Many farmers donated generously in the same way to events such as the Canterbury earthquakes and we expect many farmers will want to make a contribution to those affected.”

Nigel Stevens, General Manager of AFFCO New Zealand, said: “The tragic events in Christchurch deeply affected many of our valued Muslim employees and friends, and particularly those based at our Malvern plant in close proximity to Christchurch.  As a company, we have provided a range of assistance to our Muslim employees and their communities, and we are now pleased that alongside our industry peers we can offer a way for our farmer suppliers to contribute to such a good cause.”

David Surveyor, chief executive of Alliance Group, said: “We were deeply shocked and saddened by the attacks that happened in Christchurch. We employ many people from the Muslim community and some of our people lost friends or family. Many of our farmers have expressed a desire to make donations from their livestock supply to people affected by the tragedy. It is incredible how farmers pull together and support their community at a time of crisis.

“It’s important that we now come together to care for each other and our communities. In addition to the support we have provided for our employees, we have also supported the Christchurch Muslim community by donating red meat to the Christchurch Victims Organising Committee, which is helping those affected.”

“ANZCO is delighted to be involved in this industry fundraising initiative. Farmers have been asking how they can contribute and this approach worked well during the Canterbury earthquakes. It’s a simple way farmers can show their support and make a contribution.

“And with the four biggest industry players working together, we’re sure we can make a meaningful contribution to a community that is so integral to the industry.”

Simon Limmer, Chief Executive of Silver Fern Farms, said: “The Muslim community is important to Silver Fern Farms – with Halal employees being part of the day-to-day life and culture at our plants across the country. This is a contribution our farmers will be pleased to support. The establishment of this trust will help provide a long-term avenue to support the Muslim community.”

Shareholders at the Alliance Group Annual Meeting this week were told the cooperative showed agility in an unprecedented year as a result of Covid-19 and adverse weather events.

The country's largest meat processor is trying to shake off accusations of bludging off the taxpayer over its refusal to fully pay back the wage subsidy claimed during the Covid lockdown.

Alliance Group is holding an election to fill two directorships next week.