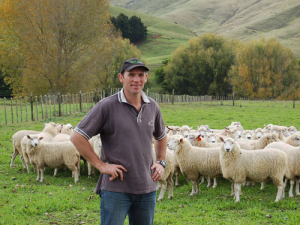 The UK’s impending exit from the European Union is one of the most important market access issues NZ meat industry has faced in recent years.

This week the UK triggered Article 50 of the Lisbon Treaty, beginning the process of exiting the EU.

Meat Industry Association chairman, John Loughlin says the important thing to remember is that the UK’s negotiations with the EU are likely to take at least two years under the Lisbon Treaty.

The EU28 currently takes nearly 50% of New Zealand’s total global sheepmeat exports, worth almost $1.3 billion. Of that nearly half goes to the UK. The EU is also a highly valuable market for beef despite access being significantly constrained by small levels of current access. Consumers in these markets prefer New Zealand’s highest value lamb and beef cuts.

All of these exports currently enter the EU under quotas bound in the EU’s WTO schedule. Without this quota access there would be virtually no sheep or beef exports to the EU or UK as the out of quota tariff rates are so high.

“The sheep and beef industry will continue to work closely with the New Zealand government over the next couple of years as this process unfolds,” says Loughlin.

Under WTO rules, the quantity and quality of New Zealand’s sheep and beef access into both the European Union and United Kingdom cannot be eroded as a result of this process, says James Parsons, chairman of Beef + Lamb New Zealand.

A key component of the quality of New Zealand’s access is the flexibility the industry has in deciding whether to export to the United Kingdom or European Union depending on market conditions.

“We are pleased there have been statements by the UK that its intention is that trading partners should be no worse off as a result of Brexit,” Parsons says.