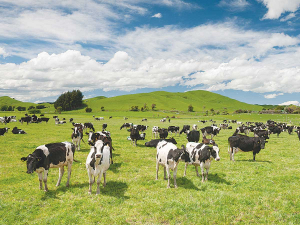 Some farming leaders in the dairy and sheep & beef sectors argue that NZ should not have signed the deal.

Some farming leaders in the dairy and sheep & beef sectors argue that NZ should not have signed the deal, but soldiered on to get a better one. Fair comment perhaps, but remember there are other primary sector people - notably those in the horticulture sector - who are smiling at the outcome.

To the critics, maybe it's time to take a look at the history books and understand why the EU, or EEC as it was originally known, was created. Put simply, it was to provide food sovereignty or food securityin the economic union.

This was based on the problems that surfaced at the end of WWII when ordindary people - not those in concentration camps - starved to death. The figure of 45,000 in the Netherlands is one that comes to mind.

There was also an element in the EEC charter of creating political stability in Europe and using trade as a conduit for this.

So, as we have learned, sport and politics are inseparable and so is trade and politics - to suppose otherwise is naïve. Hence in the end, it was the politicians who made the final call to accept the EU's offer.

This NZ/EU FTA is a reflection of history. What we saw in the negotiations was a position taken by the EU that differed little in theory from when we first began negotiating with it back in 1973. While NZ is seen as a friend, it is not a blood relation and, as they say, 'charity begins at home'.

The EU has always prioritised its own electorally important farmers over countries like ours, who would like the largest possible slice of their affluent market.

Sure, the deal is not perfect and no one thought it would be as good as the UK FTA. But we do have a deal and an enshrined political relationship with one of the powerhouse economic regions in the world.

When Britain joined the EU, we had to find alternative markets and were very succesful in doing so. It is arguably much harder today with Covid and a very uncertain and somewhat frightening geopolitical situation. But people have to eat and we produce some of the best food in the world in a sustainable way, so there is hope.

The time has come to accept what we have got and move on as we have always done.