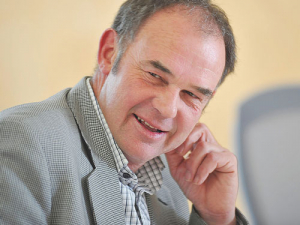 New moves are afoot, this month, to try to resolve the issue of tariff rate quotas (TRQs) which will threaten New Zealand sheepmeat exports to Europe when Britain leaves the European Union (EU) next year.

NZ’s meat industry envoy on Brexit, Jeff Grant, who is based in London, says NZ will soon lodge a submission with the World Trade Organisation (WTO) to try to counter a proposal put to that body by Britain and EU which NZ strongly opposes.

TRQs stipulate the amount of sheepmeat NZ can export to Britain and EU. At present, with the UK still part of the EU, NZ can export 228,000 tonnes to the 28 countries of the EU customs union. But with Britain scheduled to leave the EU in March next year this has to be split.

The present quota arrangements have been approved by the WTO and NZ wants the world trade rules to apply.

The UK and EU have proposed a 50/50 split of the quota and Grant says a study of the data from the last three years shows a 50/50 is probably right.

But he says trend data shows an increase in product going into Europe and NZ wants the same flexibility after Brexit as it has now.

Grant says the EU is telling the WTO that the change to the quota is just a technical change and the UK is making a new application. But NZ disagrees with both parties, saying that any change to the quota is a material change, meaning it will have an adverse effect on us and that is why NZ is taking on the UK and the EU at the WTO.

NZ is being questioned about why it is putting up such a fight, he told Rural News.

“But NZ, especially the meat industry, is small and we don’t have a lot of political power and the WTO is a rules-based systems agreed to by 186 countries.

“We think people should stick to the rules,” Grant says.

One of the problems is that, strangely, the WTO has a lot of rules about nations joining the group, but few on how to deal with a country that wants to leave. Grant says there is debate about how the WTO will interpret the rules.

“I think the WTO has the power to make a decision, but the process on how you get to that is unclear. The EU and UK want an answer by March, but if the WTO decides in our favour -- that it is a material change -- then the process could drag on,” he says.

Grant believes if Britain crashes out of the EU at the end of March, there will be problems for NZ and UK/EU farmers.

The end of March is when NZ traditionally sends a lot of lamb to northern hemisphere countries and it’s anyones guess what might happen on March 30.

NZ’s key message to the UK is if they were to got a disease there, such as foot and mouth, we would have tended to shift more of our product into Europe than the UK to prevent their market being flooded with lamb, he explains.

But unless the issue is resolved satisfactorily by the WTO, NZ and UK farmers could be worse off.

Meat processing back to normal soon

Farmers are hoping that processing capacity at meat plants will return to normal within a month.