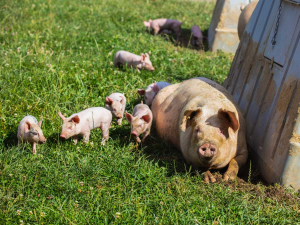 All of the country’s small butchers can operate contactless home delivery services under the current COVID-19 lockdown rules.

The relaxation of the rules, announced on April 7, still prohibits normal shop opening or click-and-collect services – but does allow online and phone orders for contactless home delivery.

Hawkins says there had been some mixed messaging about the changes, with the suggestion that only those butchers who already had home delivery systems in place pre-COVID could resume.

In fact, all butchers who want to implement contactless home deliveries could do so, she said.

“I think initially, potentially, there was a little bit of miscommunication around that.”

However, Hawkins was still waiting on official paperwork, and was working with MPI to ensure the MPI website reflected the true picture.

Butchers are also allowed to process carcasses for other outlets – such as supermarkets and food banks.

“They obviously have to make sure they are following all the strict Ministry of Health guidelines in terms of employees distancing, hygiene and all of the stuff that goes with that,” she told Rural News.

The changes followed pressure particularly from the pork industry, which agitated for relaxation because it fears animal welfare issues if pig farms have no outlet for their stock. Unlike beef and lamb, the pork industry has little established export capacity.

David Baines, chief executive of NZ Pork, said the decision to allow independent butchers to make home deliveries is a step forward, but falls short of a solution to resolve the animal welfare crisis in New Zealand’s pork sector.

“It remains to be seen whether the Government’s move will alleviate the surplus of pigs on-farm.

“For some butchers, it will not be financially viable to only operate on a home delivery basis and we will be closely monitoring the supply chain over the coming weeks to assess the impact,” said Baines.

“That’s why independent butchers, like dairies, should be allowed to open so long as they can take the necessary precautions to prevent the spread of COVID-19.”

Retail Meats NZ is a voluntary organisation representing about 110 of the country’s approximately 350 small retail butchers. It plans to survey its members at the end of this week to gauge just how the lockdown has affected the sector.

“I know some people have decided to keep their doors shut throughout,” said Hawkins.

She hoped a truer picture could emerge, by conducting the survey after the first phase of the lockdown.

“Obviously the first two weeks were just full of negativity, of them being told ‘no, no, no’ and now we thought we would give them a bit of time to get up and running with online services, before we go out there and canvass them.”

OPINION: Given what's happening around the world, New Zealand dairy farmers are on to a pretty good thing with its internationally…
back to top