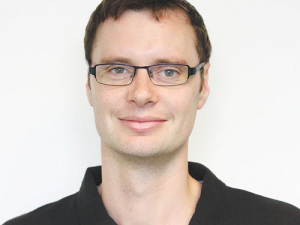 Most migrant applicants for a special South Island Contribution Work Visa are in farming, as shown by figures from Immigration NZ.

This data does not reveal how many apply to each sector but DairyNZ says most would be for dairying.

DairyNZ wants farm employers to urge potentially eligible people to apply for the special one-off visa, open to people who hold an essential skills work visa and have worked in the South Island for five years or more.

Applications close on May 22.

Daniel Schmidt, of DairyNZ, said it allows certain workers previously “stuck in a no-man’s-land” to apply for residency.

Despite their having contributed to NZ for years they have had no pathway to residency. Their children may have grown up and attended school here but then had to return to their home country for university or face being charged international student fees here.

Nearly half of the applicants (419) were farm, forestry and garden workers; 207 were farmers and farm managers.

Schmidt said Immigration NZ has asked the industry to tell migrants the applications will close soon.

Meanwhile, he says the South Island contribution work visa has helped fix one problem but DairyNZ is still pushing for changes to other forms of migrant visa.

Under current rules, migrants earning at the low end of the pay scale are eligible only for one-year work visas, renewable for up to three years before a one-year mandatory stand-down, and they may not bring family.

High earners may apply for five-year visas, with family and a pathway to residency.

Mid-earners can apply for three-year visas, with family, but not if their positions are classified under ANZSCO as low-skilled, level 5; these include herd manager and dairy assistant.

DairyNZ wants those positions reclassified as level 3 to qualify for the three-year visa.

“That’s quite different,” said Schmidt. “When you think about the stresses involved when you’re applying for a visa, and you don’t know if you’ll be able to stay in the country, having a three-year instead of a one-year visa is significant.

“And there’s the training that goes with it; for an employer the incentives [to employ] are limited if you’re unsure whether you’ll be able to keep the person you’re investing in.”

Schmidt says the long-term solution would be a review of ANZSCO, but it is not clear when that would happen. NZ may have to wait for the Australian authorities.

Meanwhile, DairyNZ is working to “get the ducks in a row”.