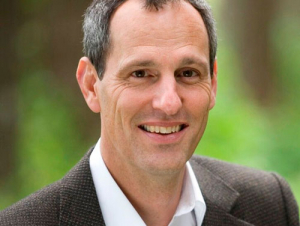 One camera, installed in a South Island meat plant, scans eight lambs a minute, collecting from 45 data points per lamb in a round-the-clock operation. The technology is not available anywhere else in the world; AgResearch needed special approval to get the military-grade camera into NZ.

Chief executive Tom Richardson says the technology has the potential to help farmers double their income.

The camera looks through the surface structure of the meat, allowing scientists to study its molecular structure.

“By looking at that you can tell things like the omega levels, fat levels, molecular bonding characteristics; scientists know these characteristics co-relate with eating quality,” he told Rural News.

Richardson says the camera allows the processor to tell farmers the characteristics they like in the meat; farmers then adjust their genetics and management practices to suit.

“You capture a lot of value during the growing period; if you don’t capture it then, you can’t get it back by processing in many places,” he says.

“That’s been the holy grail in dairy, but in red meat not so much; the holy grail for the meat industry is to identify the characteristics we want on the top 40 million people’s plates -- and get there every time regardless of weather and seasons; our complaints are not their problem.”

Richardson says the camera helps confirm that farmers have hit the mark and enables premium payment.

It also gives farmers better insight into why they haven’t met the mark, for example, animals were down on body condition or left too long on a fodder crop.

Previous programmes used to collect a few samples from a few dozen lambs, costing millions of dollars. Now the industry gets the data real time and in all seasons, Richardson says.