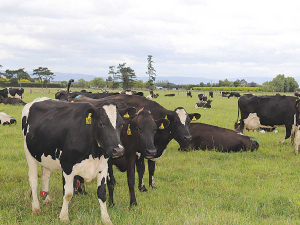 WorkSafe is reminding employers that communication is imperative when multiple operators are involved.

The Ministry for Primary Industries (MPI) was sentenced in Invercargill District Court on 11 February for failing to ensure workers were not exposed to hazardous chemicals.

In 2017, in efforts to manage an outbreak of Mycoplasma bovis, MPI contracted biosecurity company AsureQuality who in turn engaged OneStaff to provide temporary workers to assist with cleaning and disinfecting work.

In May 2018, a group of staff were cleaning a farm in Invercargill, using a sodium hydroxide-based cleaner called X-Clean DOO AWAY, which had in April been approved MPI as a cleaning product generally.

The workers were given personal protective equipment, including gloves. However, the chemicals seeped into the cuffs of the workers’ gloves and as a result eight workers sustained burns to hands, wrists, and arms.

A WorkSafe investigation into the incident found MPI failed to adequately consult, co-operate and co-ordinate with the other parties to ensure work was being carried out safely. Additionally, MPI failed to ensure a safe system of work for the OneStaff workers.

WorkSafe’s investigation manager for the South Island Steve Kelly says both MPI and AsureQuality were working together but it was unclear which organisation was ensuring various risks were being managed.

“As the organisation tasked with managing the eradication of Mycoplasma bovis it is fair to have expected them to ensure cleaning and disinfecting work was carried out safely.

“When multiple businesses and organisations are involved in carrying out work it is vital they communicate with one another to ensure risk has been identified and is being correctly managed.”

Reparation of $5,000 was ordered to be split between five victims with all three parties including MPI, paying one third each.