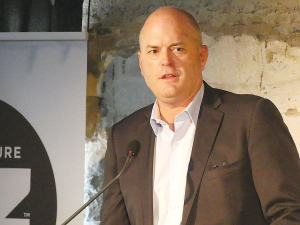 Muller has spent the best part of 12 months negotiating with Climate Change Minister James Shaw to get a workable, bi-partisan deal on agricultural emissions. He told Rural News the proposed methane targets are “widely overdone” and set an “unjustifiable target” for the NZ farming sector.

“There is a body of credible advice – such as recently from the Parliamentary Commissioner for the Environment (PCE) and Victoria University’s David Frame – that advocates far more sensible targets for methane,” he says.

“Why James Shaw has just plucked this number from an IPPC report – which is hugely profound in the 26-47% range – is beyond me.”

Muller says he was surprised by the methane targets and was given no indication of this until just before they were announced. He says his discussion with Shaw over the past year had been constructive and he was hoping for a more realistic target on methane.

“However, after eight weeks of silence (from Shaw before the targets were announced) it is now clear that this is a Labour, NZ First and Greens deal.

“Methane reductions of this volume without the necessary onfarm innovations – which we do not have currently – mean the only option for farmers is destocking and this will have huge ramifications for both the rural and wider NZ economy.”

Muller says his caucus was yet to meet and discuss what National’s formal response would be to the methane targets and the overall bill. He expected this to happen by late May. In the meantime, he also was expecting the farming sector’s leaders to voice their concerns about the proposed methane targets.

“My expectation is for them to voice their concerns most strenuously and strongly.”

“Their concern is that the methane reduction target (minus 24-47% by 2050) is not backed by solid science,” he says. “The economic analysis is eye watering and shows billions of dollars in costs that will bite rural communities hard.”

He says farmers will continue to make changes onfarm backed by good science and technologies.

Guy also claims that despite NZ First supporting the methane target, the blowback from the rural sector will cause the party to “squirm and ultimately shift positions”.