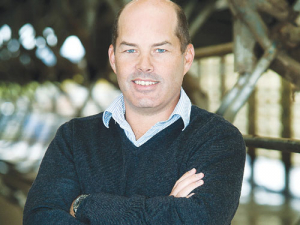 Wyeth’s took up the leadership of the company in late February, which saw resident director of Westland Shiqing Jian step down as interim CEO. Jian served as interim chief executive following the resignation of former Westland chief Toni Brendish in August last year.

Wyeth says Westland holds a unique place within the New Zealand dairy landscape and now, with the backing of Yili, the company is uniquely placed to leverage the advantages of its strong dairy heritage and culture.

“I am especially aware of the important role Westland plays, not only within the New Zealand dairy industry, but also as part of the West Coast and Canterbury communities,” he says.

“Yili is an enormously innovative company dedicated to quality and serving the consumer above everything else. Being part of that naturally brings huge advantages for Westland.”

Wyeth says there has never been a more exciting time for the dairy industry in New Zealand.

“I look forward to embracing all the challenges, opportunities and responsibilities that brings in my new role.’’

Chinese-owned Westland Dairy Company is getting $1.7 million from the Government to accelerate plans to reduce carbon emissions produced by its Hokitika factory.