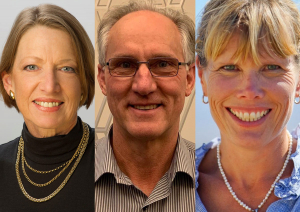 Shareholders of the cooperative hailing from Southern Waikato to Northland elected Rowarth, who is from Tirau.  Hyslop, a Timaru sheep, beef and arable farmer, was elected director for the Canterbury area. Howarth replaces incumbent director Kate Alexander and Hyslop replaces Tony Howey, who has retired from the board.

Auckland-based David Biland, who is currently director of management consultancy Hughland Limited, joins as an appointed director. He replaces Glen Inger, who has been on the board for 12 years.

Ravensdown chairman John Henderson said the new directors were exceptional additions to the Board and would help drive further success for the co-operative and its shareholders.

“All three are committed to Ravensdown’s values and purpose. Jacqueline, Nicola and David bring knowledge and skills that will play a huge role in sustaining Ravensdown’s consistent performance as well as advancing new ways to fulfil our ultimate goal of enabling smarter farming for a better New Zealand.

“Their experience and credentials are impeccable, and we’re delighted to have such high-calibre appointments on-board.”

Rowarth has a PhD in soil science and her research has focused on nutrient efficiency across four decades of research and analysis. She was chief scientist of the Environmental Protection Authority from 2016-18 and is a current director of DairyNZ. The new role with Ravensdown was exciting, she said.

“I’ve dedicated my life to using results from research to defend the rights of farmers to farm sustainably and profitably into the future. I’m looking forward to committing my scientific expertise, industry experience and personal values to creating a better future for all shareholders.”

Hyslop and her husband, Jonty, farm on a sheep, beef and arable irrigated property on the outskirts of Timaru. Nicola has 15 years’ experience in governance roles, including directorships with Opuha Water, Irrigation New Zealand and Beef+Lamb New Zealand.

“Ravensdown has a long history of providing New Zealand farmers with fertiliser and nutrients to optimise growth of plants and promote healthy soils,” she said.

“I’m excited by the challenges and opportunities the future holds for farming and Ravensdown’s science-based approach to helping farmers reduce their environmental impact and optimise value from the land.”

He is eager to take a leading role in delivering Ravensdown’s strategic ambition.

“Ravensdown helps wonderful people grow fabulous food in a remarkable country. I’m passionate about the sector as a whole and also excited about Ravensdown’s contribution to food creation in New Zealand.”

“All three have made enormous contributions to Ravensdown in so many different ways. The co-operative’s shareholders and the farming sector are better off for their effort and commitment over the years and we thank them for their excellent service.”