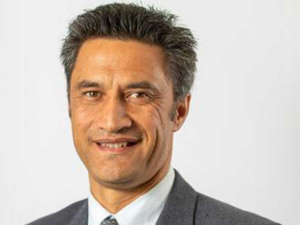 Barber farms Angus cattle on a 100-acre block in Waimārama, Hawke’s Bay, and is chairman of Waimārama Section 3 Block 2 Trust, which consists of forestry and dry stock farming.

He is also a trustee of the Tiakitai Estate, which is leased to Horizon Farms.

He is a member of the Hawke’s Bay Rural Advisory Group and a director of Health Hawke’s Bay Limited, a Primary Health Organisation.

Barber is also a member of the New Zealand Institute of Directors, sits on the board of Te Taura Whiri o Te Reo Māori (Māori Language Commission) and is a trustee on the Māori Education Trust, representing the New Zealand Māori Council.

He is of Ngāti Kahungunu, Ngāpuhi and Ngāi Tahu descent.

“I would also like to acknowledge the excellent contribution made by Melissa Clark-Reynolds over her term as an independent director.”

The independent director position is designed to bring independent judgement and outside experience to the board.

B+LNZ’s current board is composed of six farmer-elected directors, who are regionally representative, two meat industry appointees, and an independent director.

Barber commences his role on 1 February 2021.