No need to panic over Brexit 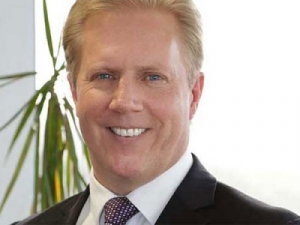 New Zealand exporters need not panic about Britain's decision to leave the European Union, says Trade Minister Todd McClay, once a senior bureaucrat in the EU.

McClay told Rural News it will take Britain as long as 10 years to finally break away. The last country to leave the EU, Greenland, a very small country, took three years to exit.

"We are talking about many, many years and that is positive for NZ, because we will have time to engage with all the important parties and negotiate the best outcome.

"I don't think access for our sheepmeat and dairy products will be significantly affected... because a lot of those quotas are bound under World Trade Organisation (WTO) rules. We will need to sit down and talk this through.... We have a lot of friends in the EU and a very strong relationship with the UK."

McClay has already sought and received commitments from the UK and EU that no decisions related to NZ trade with either entity will be taken without us being involved. He hopes to start talking to EU and UK trade ministers at the G20 meeting in China soon, to discover what issues he needs to be aware of.

McClay says NZ has for two years been working with the EU on proposals to negotiate a free trade agreement; the talks could begin next year and NZ wants them finished "within a couple of years – maybe by the end of 2019," McClay told Rural News.

"Brexit will [not] slow that process significantly. I will [tell] the EU commissioner that we want to continue with the FTA and my expectation is that the timing won't change significantly."

NZ will give the UK time to work through the initial implications of Brexit before pressing for specific trade negotiations. "Ahead is a long, detailed process of discussion and negotiation. We [export] about $3.5 billion to the UK and about $7b to the other 27 countries of the EU."

While there is clamour in some quarters of the EU for Britain to leave quickly, this isn't possible, McClay says. The two years talked about are only to devise an exit process. Article 50 of the Treaty of Lisbon is more about rules for countries entering the EU rather than leaving.

Many of Britain's laws are linked to the EU, so many things must be unwound, e.g. "negotiating whether or not British people will be allowed to take their pets on holiday to Europe. Currently they apply and get a pet passport and move freely, but that's [up for renegotiation]."