‘No’ to meat lobby’s remits 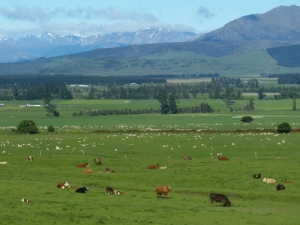 This is despite them both once having been leaders of MIAG – a group that advocated changes in the meat industry similar to those now promoted by MIE.

As a former MIAG chair, John Gregan says while he respects what MIE has been doing he does not support the lobby group's remits
for funding and board seats.

"I fully support the work MIE has done, but this needs to be funded by MIE," he says.

"Beef + Lamb are accountable to all levy payers for how it spends their money; to meet all professional costs incurred by MIE when Beef + Lamb isn't involved in the process wouldn't get my support."

Gregan says he could not support MIE's other remit that calls for the two positions of processor representation on BLNZ be abolished and replaced initially by directors from MIE.

"I could not support this remit. If the two processor representatives were to be replaced this should be by two more farmer-elected directors or two independent directors appointed by the board (which in turn would need to be approved by levy payers)."

"As a whole, farmers didn't want change. Silver Fern Farms and Alliance have two very different philosophies and their boards and shareholders didn't support a merger," he told Rural News.

Unsurprisingly, Wright does not support MIE's call to remove processor representation from BLNZ's board and be replaced by MIE members.

"It is fundamental to the communication with the processing/meat industry that they have a voice around the board table. It would be a short sighted move".

In regards to a remit asking for funding of MIE, Wright says farmers will send the board a message, one way or another, through the remit process and then the board will act in the best interests of farmers.

"If farmers want an industry watchdog (like the Fonterra shareholders council) MIE may fit this role. However, this role may be better funded through a subscription to MIE," he says.

"I do not support the processor representation being removed from the board of BLNZ, to be replaced by an MIE member."

Remit 1: that BLNZ endorses and funds all professional costs incurred by MIE to continue developing and implementing the savings and positive opportunities as identified by MIE in the farmer funded ‘Pathways To Long Term Sustainability Report’.

Remit 2: that the two positions of processor representation on BLNZ be abolished and replaced initially by directors from MIE.

The two candidates are John Gregan of Hunter and Bill Wright of Cave for one farmer director position.

Voting papers were posted farmers in the Central South Island ward in early February and need to be returned by election day – Friday 18 March.

Electionz.com is conducting the election on behalf of Beef + Lamb New Zealand and all enquiries should be directed to the returning officer, Warwick Lampp on 0800 666 030.

To be eligible to vote farmers must be on the Beef + Lamb New Zealand electoral roll and they need to have owned livestock on 30 June 2015 – at least 250 sheep, or 50 beef cattle, or 100 dairy cattle.