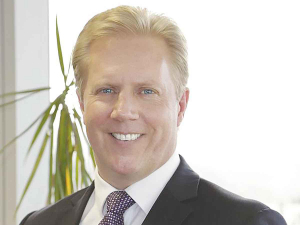 Opposition trade spokesman Todd McClay says critics should be blaming Trade Minister David Parker for the poor deal offered to NZ agriculture by the EU in our current FTA negotiations.

Trade minister in the previous National government and the party’s current trade spokesman, Todd McClay told Rural News it’s a bit late for Parker to be screaming and yelling about the EU’s initial offer and believes that no one should be surprised by it.

McClay says the EU is like this and if the NZ ag sector is unhappy with the current offer they should be directing their criticism at Trade Minister David Parker, who is responsible for the negotiations.

He questions whether Parker has been taking the negotiations with the EU seriously enough over the past three years.

“I hope that the Government hasn’t given away some of the things that the EU wants – for instance around geographical indicators,” McClay told Rural News.

“I’ve heard they have moved a long way towards the EU’s position on that. I am really concerned now that Parker and his negotiators have given too much to the EU too early.”

Agriculture was always going to be the sticking point in the negotiations and McClay says the EU will play hardball. He says the EU is adopting a very strong protectionist philosophy, which is at the core of its agricultural policy – despite denials to the contrary.

McClay says what’s surprised him is that Parker hasn’t been demanding every single day, since he became trade minister, the same treatment the EU gave Canada in their FTA. He says the Canadian deal was a very good deal for Canada and its agriculture sector.

McClay says it’s up to Parker to salvage the deal and get on the phone and start talking to representatives of all the EU countries and other appropriate people in the trade bloc. He says the deal is salvageable, but that it’s Parker’s job to sort it out.

“You’ve got to be shooting for the stars. It surprises me that minister Parker hasn’t been to Europe every single month he’s been in office, persuading politicians and officials in the EU that they must deliver what they promised – a comprehensive, high quality FTA.”