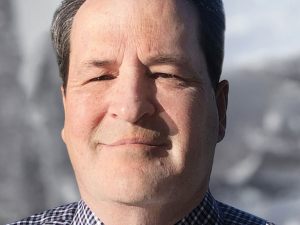 Operating earnings before interest, tax, depreciation and amortisation (operating EBITDA) were $24.4 million (FY2018 $34.5m) for the financial year ended June 30. That was slightly below the operating EBITDA guidance range of $25-30m announced in May.

PGW chairman Rodger Finlay said FY2019 had been transformational for the business and shareholders.

“Our strategic relationship with the new owners of Seed & Grain -- DLF Seeds A/S -- is a positive one.

“While this deal has been transformational for PGW, it remains very much business as usual for our frontline staff and our customers.

“We will continue to work closely with the PGG Wrightson Seeds team to bring their products to our customers, and the seed category will continue to be profitable for our retail business,” Finlay claims.

“Reflecting on FY2019… it was one of the most operationally challenging of recent years. Farmer confidence in parts of the agriculture sector remains subdued, constraining farm spending and therefore our revenue growth over the year.”

Finlay referred to “discernible tightening in credit” in recent months, and “a small increase in overdue debtors and increased provisions taken at year end for doubtful debts”. But PGW has nevertheless chosen to continue to invest in the business, notably on IT.

“The impact of Mycoplasma bovis was felt across the livestock and rural supplies businesses,” he said. There were reduced dairy herd settlements, fewer tallies, softening demand for dairy beef, and more cautious spending in dairy on farm inputs.

“Market conditions continued to challenge both our real estate and wool businesses with results down on last year,” Guerin said.

Finlay says the operating EBITDA result no longer includes any contribution from the Seed & Grain business.

He says the retail and water group’s operating EBITDA was down by $4.2m, partly due to a settlement PGW came to last September with a supplier and a number of fruit growers over a defective spray, which a supplier had provided and PGW had sold. The growers were fully compensated but PGW bore $1.8m of the settlement.

Guerin says the strong performers in the group were Fruitfed and Agritrade.

“Market conditions for the horticultural sector remained positive despite some adverse conditions at key pollination, growing and harvesting periods. The development of orchards and vineyards NZ-wide continue to drive revenue growth for Fruitfed.”

Meanwhile, Guerin says the agency business (livestock, wool and real estate and referral commissions for insurance and finance services) was also down $4.7m.

“Livestock was down on earnings at the half year mark and did not recover to the extent expected over the second half despite strong sheep and beef commodity pricing and demand.

“The finishing of sheep and cattle was delayed, with many farmers holding onto stock until late autumn and into winter. Also, the effects of M. bovis were felt across the sector and impacted dairy herd settlements and farmers trading dairy beef.”

The days of poor returns and results by rural services company PGG Wrightson (PGW) are over - for now.

Healthy half year for PGG Wrightson

Rural services company PGG Wrightson’s (PGW) net profit leapt 41% in the first half of the current financial year to $18m – up from $12.8m for the same time last year.