PGW has a good year 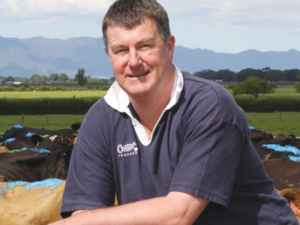 The company lifted earnings growth for a third consecutive year, to $70.2 million from $69.6m in the previous year.

Chief executive Mark Dewdney says the company is showing the benefit of having diverse exposure in agriculture.

“While New Zealand dairy and our South American business have traded through a challenging period, other areas such as the horticulture sector in New Zealand are doing very well.

“The parts of our business most exposed to dairy, such as water, have had a tough year. However, a buoyant market for beef cattle helped livestock offset the reduced market for dairy cattle and provided a strong finish to the year.”

Fruitfed Supplies, the company’s supplier to the horticulture and viticulture sectors, and its Agritrade wholesaling business, helped retail increase earnings year-on-year, he says. Real estate had good year with growing sales in the lifestyle and horticultural markets.

“Our seed and grain business benefited from the continued shift towards proprietary seed with better technical performance,” he says.

“This trend, and improved performance by our Australian seed business in 2016, resulted in a strong result for our seed and grain group.

“South America was hit hard by a combination of low commodity prices, high rainfall and flooding in Uruguay in April. Despite these headwinds, our South American activities contributed positively to the group result.”

PGW chairman Alan Lai says the board is pleased the performance of the company “has led to an outstanding financial result given market conditions”.

“The progress PGW has made since 2013 is worthy of praise. In three years PGW has grown operating earnings before interest, taxes, depreciation and amortization by around 50%.

“Our balance sheet remains strong and the investments we’ve made over the year will prove crucial.”