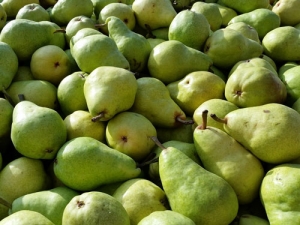 The pipfruit industry, which is due to hold its annual conference in Wellington in August, is one of the fastest growing primary sectors in the country. Exports have increased in value from $340m in 2012 to $536m in 2014. The industry is well on track to reach its $1bn export target by 2022.

Pipfruit NZ says the annual conference will be an important networking and educational event for the industry.

“This is an opportunity for the industry and our key government and commercial partners to come together to reflect on what is driving the growth, to identify and address key risks or constraints, and to ensure that our strategy will deliver long term sustainable and improving returns to our growers,” says Pipfruit NZ CEO, Alan Pollard.

Over 200 industry participants are expected to attend the three-day event.

Pipfruit NZ says conference speakers will cover topics that are highly relevant to New Zealand’s domestic and export programmes, and which support the industry strategy.

A highlight of the conference will be a keynote address on the second day from the Prime Minister of Samoa, Tuilaepa Lupesoliai Sailele Malielegaoi, who will speak on the importance of the Recognised Seasonal Employer (RSE) scheme for Samoa.

Nathan Guy, Minister for Primary Industries, will host the conference dinner on the August 5. Well-known New Zealand comedian, Ben Hurley will be the after dinner speaker.

The conference will be held at the Renouf Foyer of the Michael Fowler Centre on August 5 and 6  with the Wairarapa field trip on August 7.

Pipfruit NZ is changing its name to New Zealand Apples and Pears Inc.