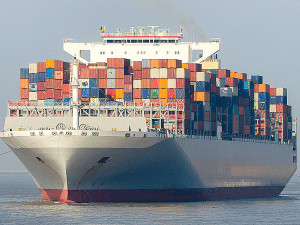 The primary sector’s export revenue is expected to total $47.9 billion in the year ending June 2020.

Export revenue from the sector is expected to rise by 3.3% in the year ending June 2020.

In dollar terms, this means that the primary sector’s export revenue will total $47.9 billion.

Export earnings from arable will be up slightly – as will revenue from ‘other’ primary exports, which includes processed foods and dairy blends. However, forestry exports are forecast to fall by 12.8%.

MPI says a lot of these gains can be attributed to rising global commodity prices and the weak NZ dollar. The report says that while there is uncertainty in the farming sector, there are indications that confidence is returning.

In terms of the meat sector, the report notes the impact of African Swine Fever (ASF) in China has changed the face of global protein trade.

With an estimated 40% of China’s pig population lost to ASF; that country has turned to NZ to make up this protein deficit.

The report notes that NZ meat exports to China have risen from 20.8% in 2017 to the present 39.9%. There is now demand in China for our prime cuts and also manufacturing beef, which has created competition with the traditional USA market.

While the outlook for meat is positive, there is more bad news for wool with the value of its exports forecast to reach a record low of $490 million.

Once again the horticulture star shines brightly with total exports up by 4.7%. Kiwifruit leads the way followed by wine along with apples and pears. It is perhaps important to note that while the statistics combine apple and pears, in actual fact pears just make up a small portion of total exports.

Agriculture Minister Damien O’Connor says the results show an outstanding performance on the part of the primary sector.

He says despite the decline in cow and sheep numbers the outlook is very positive. He says the ongoing growth in the horticultural sector is another positive.

He says considering the uncertainty the sector is facing at home – with weather events, changes in government policy and on the geopolitical front with trade issues – NZ farmers have done a great job.