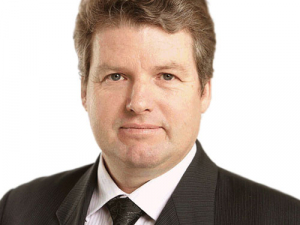 The decision to keep the potato mop top virus in New Zealand may be better for the industry.

That thinking underlies the decision to manage the potato mop top virus (PMTV), confirmed in NZ in September, rather than attempt to eradicate it. “We are working with MPI and just going into the transition into long-term management,” Claridge told Rural News.

“While we don’t believe it is technically feasible to eradicate it, it might well be possible to contain it. But this is a pragmatic move: the difficulties associated with eradication were too high….

“The international advice we had was we couldn’t do it and also there would be too much disruption to the industry if we went down the eradication path. The cure must not kill the patient.”

The disease was found in Canterbury in the Innovator variety which is only used for potato chips. That variety was last imported as germplasm into NZ in July 2011. Affected potatoes can display symptoms including distortions of the skin, deep cracking and rust-coloured arcs, streaks or flecks in the tuber flesh.

MPI says the disease is endemic to North America and Europe where it is generally managed effectively without causing major production losses.