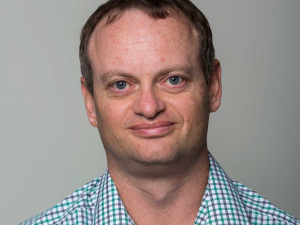 He replaces long-serving employee Mike Davey, who retires on March 31. Belton takes over on February 3: the two-month overlap will help make for an easier transition for both staff and the local farming community.

Belton says Davey is leaving behind some big boots to fill.
Raised on a sheep and beef farm near the North Canterbury township of Waikari, farming is in Belton’s blood.

After graduating from Lincoln University with an agricultural science degree, Belton began his career in the rural sector. Not long after, he landed his first role at Ravensdown as an account manager based out of Nelson.

After six years in the role, he went on to work as an agronomist and finance manager before coming back to Ravensdown in 2017 as the Upper North Island Regional Manager.

The father of two says that the move to Taranaki will be a big change for both himself and his family, but he’s keen to hit the ground running and is looking forward to the challenge.

“One of my first tasks will be to meet local farmers, learn about the environment and their needs and make myself available to my new community.”

After 35 years with Farmer’s Fertiliser Ltd and more than 20 with Ravensdown, Davey is calling it a day.

“I’m going to miss it, but the locals will still see me around,” he says.