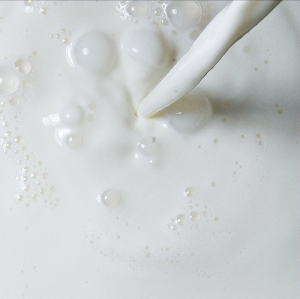 RURAL COMMUNITIES will be celebrating record milk production as well as an increase in Fonterra's forecast Farmgate Milk Price for the 2013/14 season by 35 cents to a record level of $8.65/kgMS, says DairyNZ.

"Milk production across the country is looking great for most areas, with Bay of Plenty in particular up 9% on the drought reduced production in 2012-13. Production in Canterbury is also 7% up on last year, but some of this extra milk is from more cows being milked," says DairyNZ chief executive Tim Mackle.

"This increase in the milkprice announced last week will give a well-needed boost to community confidence particularly for some areas around the country experiencing drought-like conditions.

"Farmers will be feeling confident and able to invest in infrastructure on their farms, may also retire debt but others may be forced to use the extra cash to manage their way through the dry conditions.

"The extremely dry conditions are patchy with the Waikato, west coast of Northland, Gisborne, Wanganui-Rangitikei, Wairarapa, Marlborough, Hurunui, South Canterbury and Central Otago worst affected. Those facing dry conditions at present will welcome the payout news as they will have the cashflow to deal with some pretty tough situations," he says.

Mackle says the dry conditions are particularly severe in parts of the Waikato. Pastures have browned off and pasture covers are very low. Farmers are having to purchase additional supplementary feed to be able to continue milking.

"But generally the story is still one of a bumper season with production for the entire country across all milk companies up 6% on last year. For Bay of Plenty dairy farmers it's a match made in heaven – bumper production with great growing conditions and a record payout. All we need now is some rain in those dry areas to make it a truly record season for most of our dairy regions," he says.

Milk production % increase on last year to end of February 2014:

The persistent rain of the last four months is causing serious problems for dairy farmers in most regions of the North Island.

Fonterra has announced an opening forecast farmgate milk price of $4.25/kgMS for the 2016/17 season, an increase of 35 cents on the forecast for the current season.