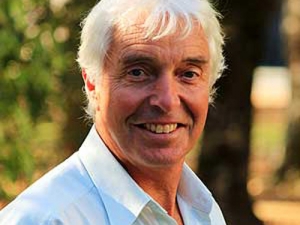 This is the message from the Royal Society of New Zealand released in a report last week.

But significantly reducing agricultural emissions "will be challenging unless we reduce our reliance on animal protein production from meat and milk," it also says.

The report, 'Transition to a low-carbon economy for New Zealand', was written by a panel of NZ experts chaired by Professor Ralph Sims, and was launched in Wellington last Wednesday, supported by the co-chair of the mitigation working group of the Intergovernmental Panel on Climate Change, professor Jim Skea.

Sims says one of the challenges for NZ is our high level of emissions from agriculture, which accounts for about half of NZ's gross greenhouse gas emissions. These are mainly methane belched by farm animals and nitrous oxide from animal waste, he says.

The report covered all sectors and said there are actions NZ can and should take now to reduce the threat of climate change.

Business-as-usual approaches will not get us where we need to be; ambitious action is needed now by all NZers, says Sims.

"Significantly reducing agricultural emissions will be challenging unless we reduce our reliance on animal protein production from meat and milk, but emissions could be reduced by adopting 'best practices', selectively breeding cattle and sheep and adjusting rumen biology to reduce emissions."

Planting new forests in unforested areas is a practical method to remove large volumes of carbon dioxide from the atmosphere in the short-medium term, the report says.

"But it should not be viewed as an alternative to reducing emissions in other areas, as there are limits to how many forests can be planted due to the availability of suitable land. It is an effective strategy in the short-medium term while other sectors transition to low-carbon technologies," Sims says.

Key findings of the report for the agricultural sector are:

Nonetheless, absolute emissions have grown because of an increase in total production, largely due to increased use of land for dairy farming and its more intensive management

Further productivity increases will reduce future emissions intensity further, but absolute emissions will continue to rise in the absence of significant policy change or permanent depression of commodity prices

While there are mitigation options that can be used now, most only result in small additional GHG emission reductions above business-as-usual trends for current agricultural and horticultural systems. Some may also offer significant co-benefits such as improved water quality and more efficient water use

Research on, and investment in, new mitigation technologies to address, specifically, the formation of methane in the rumen and the decomposition of animal excreta in soils, offers the potential for significant future emission reductions. However, even with such technologies being developed and deployed widely, it appears difficult to reduce total onfarm emissions below recent levels if production continues to increase strongly, as projected in business-as-usual scenarios

Exploration of alternative land uses to reduce GHG emissions from the agriculture sector and taking into account climate change and carbon constraints as well as other economic, social and environmental objectives, would have a major impact on reducing emissions in the long term, and is essential if NZ wishes to reduce agricultural emissions below 1990 levels by mid-century.