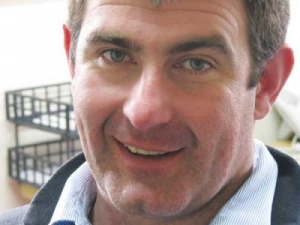 The decision by Hawke's Bay Regional Council (HBRC) to invest in the Ruataniwha Water Storage Scheme is the best outcome for the Hawke's Bay community, says IrrigationNZ.

HBRC has voted to confirm its $80million investment in the scheme after agreeing that all four of the conditions required for investment had been met.

The decision sets the Hawke's Bay community up for a positive future as access to reliable water will be a game changer for the region, says IrrigationNZ chief executive Andrew Curtis.

"It's well proven when water storage schemes proceed, the whole community benefits hugely. We're not just talking about new jobs and employment, but greater social, recreational and environmental opportunities as well. Look at Ashburton District, built on a strong farming hinterland underpinned by irrigation," he says.

"A new swimming pool and sports stadium, arts gallery, events centre and museum have all been funded by ratepayers in recent years.

"This is amazing when you consider there's only 33,000 people that live in the district. Irrigation supported by water storage, allows growers and farmers to ride out global market conditions and climatic stresses like droughts. The Hawke's Bay can expect to see increasing interest from a wider range of fruit, vegetable and arable producers now reliable water is on its way," says Mr Curtis.

"Water quality issues can also be addressed through water storage as it provides the ability to maintain regular flows and augment streams that are struggling.

"On top of this, water storage allows groundwater users to move away from deep bores this means less pumping and so less energy use, it will also help improve river and stream flows during the summer.

"We're already seeing this transition occur in Selwyn District prompted by Central Plains Water and this could be a key feature of the new Ruataniwha scheme."