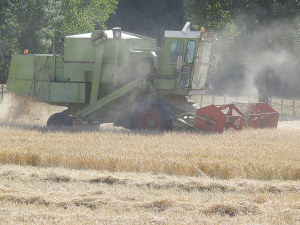 As harvest season approaches agricultural contractors will be looking for staff.

Harvest season approaches and with it the usual workforce headaches.

Growers in Hawkes Bay, Marlborough and Bay of Plenty are faced with bringing in workers from the Pacific Islands or employing uncommitted locals.

Rural Contractors New Zealand (RCNZ) says that due to the seasonal nature of the job – especially during the peak period of September to April – its members are only able to get the work done by bringing in experienced overseas operators, particularly from the UK. There are few experienced staff to meet a huge shortfall.

An industry overview, by Infometrics, says the rural contracting industry in NZ contributes $1.51 billion to GDP, encompasses 6822 enterprises and employs about 22,800 people. Nationally, that means 0.6% of GDP, 0.9% of employment and 1.2% of total business units.

Last Christmas, Immigration Minister Iain Lees-Galloway introduced a simpler, employer-led system for the issue of temporary visas for skilled regional workers, a move that was welcomed by the RCNZ. For the 2019-20 season, RCNZ has helped to get 149 workers for 46 of its members, under the current approval in principle (AIP) process.

RCNZ is also working with the Ministry of Social Development (MSD) to create greater awareness of career opportunities in the sector and attract more NZ workers to its ranks. A new initiative will see local contracting operations working with WINZ to recruit staff. They will require a driving licence, be drug-free and have the right attitude and a desire to work.

Two 10-day ‘boot camps’ will be run at Waiouru and Balclutha during September/October. These events will bring potential candidates up-to-speed on health and safety, life skills, employment and personal development skills, and basic tractor and machinery operation. After returning to work at their employer’s operation, the candidates will be supported by an approved industry training provider, eventually working towards a New Zealand Certificate in Contracting – Level 3.

“We are seeing annual growth in all areas of our members’ operations, including revenue and job numbers,” says RCNZ chief executive Roger Parton.

“We need to address the problem of staff shortages at a local level, by bringing people forward to train in-house, as it may not always be possible to bring in the required numbers from overseas.”

Parton says the work with MSD is a first step in what will be a long haul to produce skilled operators leading to the success of their businesses.

At the recent RCNZ annual conference, in Nelson, its board agreed to fund placing interactive career-focussed electronic terminals in schools via the Career Coach programme, to showcase the technology, automation and opportunities in agricultural contracting.

The shortage of skilled operators is not just a New Zealand problem.

In Ireland, Mike Maroney, the chief executive of Farm and Forestry Contractors (FCI) says it is hard to find people to drive machines.”

“Traditionally, young lads always wanted to drive tractors, but there’s been a change of mindset.”

Moroney also says youngsters are also less experienced, partly due to the lack of practical machinery training at agricultural colleges.

This has many causes: many youngsters prefer to sit at their computers.

In Holland the contractors’ association ha started an information campaign in primary schools.

In Ireland, pay rates and the seasonal nature of the work also impede staff recruiting. Employers traditionally quote pay rates as net rate in the hand, typically €500-600 per week. Contractors need to adopt a payroll system that reflects real time and allows employees to claim the allowances they are due.

The FCI says experienced EU-domiciled machinery operators should have their skills acknowledged with a European Certificate, allowing them to work in any of its member states.