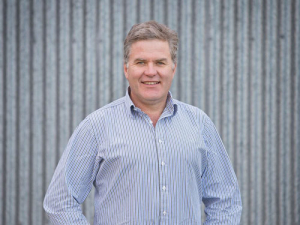 But he told Rural News they are still raising the last capital for the Central Cherry Orchard Limited partnership so an investment opportunity remains.

“It is a long time but the product, which is large (30mm) tasty cherries should be superb and in high demand.”

Development will begin on the bare land block in the Waikerikeri Valley, north of Alexandra, this autumn.

NZ export cherries are recognised for their exceptionally high quality and freshness.

This season it’s estimated 1.9 million 2kg boxes of cherries will be picked and airfreighted fresh to China and elsewhere in Asia to arrive in time for Chinese new year on February 5.

“Investment prospects for the NZ horticultural sector are particularly strong right now. The world wants our high quality, healthy produce and cherries’ time has come with that. We are witnessing a significant increase in export demand that this venture is going to help meet,” says Watters.