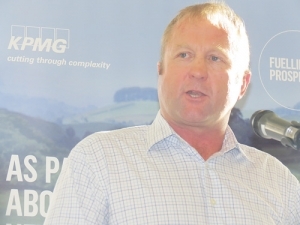 Petersen, New Zealand's special agricultural trade envoy, told Rural News he's frustrated at the way SAFE has gone to a market and tried to tell them that the actions of a very few rogue dairy farmers in NZ was commonplace. He says no one condones the behaviour of the few bad farmers, but for SAFE to imply this common practice is simply incorrect.

Peterson says there will consumers who will not treat SAFE's comments as coming from a bunch of nutters and the messages about dairying will resonate with some people. He adds that NZ should not treat SAFE as a bunch of nutters – because it's been proven overseas that when large organisations take people like this to court, or respond, the smaller group gains a lot of public attention and traction.

"In my view this is an anti-farming campaign and a one-advertisement campaign. It is not a prolonged campaign, but cleverly they have decided to try to use the media furore and social media links to that advertisement as a way of getting their message across," Petersen says.

"I don't think the advertisement will have lasting damage, but in social media its effects could linger on."

Peterson says while the UK is not a large market for NZ dairy products, the SAFE advert has the potential to affect all dairy producers including those in the UK.

Federated Farmers dairy chair Andrew Hoggard says care needs to be taken when responding to SAFE's campaign. He agrees with Petersen's view that a heavy handed response will only give the activist group more 'oxygen' for its cause.

"The simple fact is that they are promoting the vegan lifestyle so nothing we ever do is going to appease them," Hoggard told Rural News. "They will grab images that totally shock and then use those as the lead into push people towards veganism. As an industry we need to work hard to make sure the things that are abhorrent don't take place.

Hoggard says the dairy industry needs to make a concerted effort to inform the public about basic farming practices. He's amazed how many people who saw the television programme didn't seem to realise that a cow has to have a calf in order to produce milk.

Hoggard adds that the industry has to get tough on farmers who flaunt the regulations on farming and he knows of cases where dairy companies have refused to collect milk from farmers who have treated their stock badly.

He adds that every year Feds and DairyNZ put out advisory notes to farmers on how to treat bobby calves.

"I am guessing the people who leave the cages with bobby calves in beside the road don't give a rat's arse about industry good, aren't members of Federated Farmers and resent paying a DairyNZ levy and all the rest of it," Hoggard says. "They are also probably not reading those messages."

Reaction rolls on for SAFE campaign

SAFE's campaign against New Zealand's dairy industry has drawn a backlash from people within and outside farming.

Lowry says the petition was started earlier this year, but the group's latest antics have seen a huge upsurge in people signing.

Mackle says DairyNZ and the Ministry for Primary Industries and six other industry associations have joined together to eradicate the mistreatment of bobby calves. DairyNZ has also set up a question and answer page on its website about the bobby calf issue.