Showing the boys how it’s done 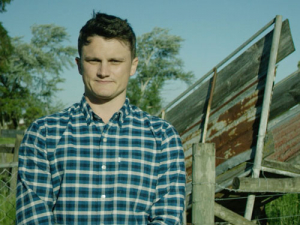 A documentary crew has enlisted the internet’s help to fund their project about New Zealand women in the shearing shed.

NO.1 STAND is a documentary that has been in the works since 2014, when Director Jack Nicol and his team began researching the New Zealand wool industry and shearing sports.

Through this research, Nicol, who likes animals, craft beer, steak and cheese pies and the mighty Black Caps, and his team were able to find the focus of NO.1 STAND: the women.

“Shearing sports are the competitive version of these women's professional lives, and these women are proving that the girls are as good, if not better, than the boys.” says NO.1 STAND’s profile on Boosted.org.nz, a site dedicated to funding artist’s endeavors.

The documentary also aims to show how everyone in the shearing industry, men and women alike, are people to be admired.

Whilst some funding was provided through 2016 by the New Zealand Film Commission, the project stills needs money to reach the end goal: covering the 2017 Golden Shears.

NO.1 STAND has so far earned a whopping $4,245 towards its “bare minimum” goal of $10,000 by using Boosted, but still needs more to be able to cover base costs like food, accommodation and petrol, as well as good equipment.

If you would like to contribute to NO.1 STAND, go to www.boosted.org.nz/projects/no1-stand

The shearing industry must move now to stave off the threat of farmers being unable to get their sheep shorn, says Mark Barrowcliffe, president of the NZ Shearing Contractors Association.

With shearing getting underway, former world champion shearer Sir David Fagan is encouraging farmers to work with their shearers to manage injury risks.